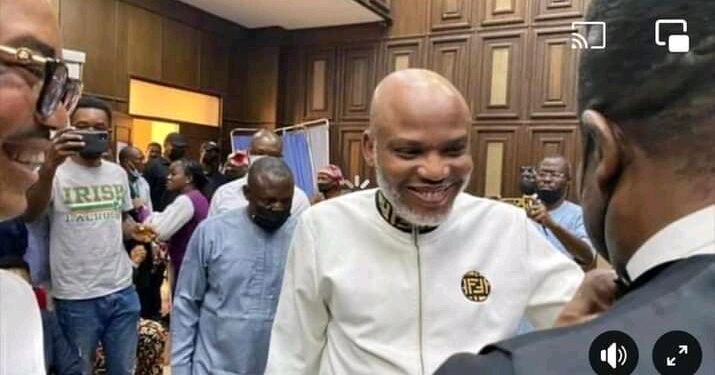 The Indigenous People of Biafra (IPOB) has declared that it has no business with the campaigns and conduct of the 2023 elections, saying that it “is very much aware that the Nigeria Government is both directly and indirectly sponsoring election violence in Biafra land with the intention to blackmail” it “internationally as anti democratic process.”

IPOB said in a statement by its Spokesperson, Emma Powerful, that “if in future its leadership decides to make further statement on the upcoming Nigeria selection process called election,” it shall be through its “official channels, which are (1) Announcement on our hallowed radio station  Radio Biafra or (2) Press Statement from IPOB Publicity Secretary.”

According to the statement: “The IPOB leadership has for umpteenth time stated unequivocally that part of our modus operandi in our agitation for freedom has never been, is not and will not be violent agitation. This explains our consistent demand for the UN to organise a Referendum in the Biafran territory for the Biafran people to determine their destiny. To this effect, IPOB is neither contemplating nor will it  encouraged or sponsor anyone or group to disrupt the Zoo Nigeria shambolic selection process called election.

“IPOB has constantly made it public that we have no interest in and cannot legitimise the aberation they call election in Nigeria. We are a focused, determined and disciplined freedom fighting movement not polititcal thugs and IPOB is devoted to the cause of liberating our people for subjugation and from modern day slavery and Neo-colonialism and will not allow ourselves to be distracted from this very objective.

“The world must hold to account the Nigeria Government and the criminals it is covertly recruiting and positioning in the South East to create an environment of violence and after causing the violence, will use the Zoo shameless and fantastically compromised ans corrupt  Media to blame IPOB for the election violence that they themselves instigated and executed during campaigns and their shambolic elections. IPOB is not part of Zoological Republic sham election and will never be part of them. IPOB is solely focusd on Biafra Independence struggle which Nigeria Government and her Allies are working very hard to try and derail with their daily propaganda and blackmail against Mazi Nnamdi Kanu and IPOB members worldwide. They will always fail because the restoration Biafra as Free Sovereign and Independent Nation is Divinely ordained and its time is now.

“Our demands are simple:

“As we have said in our previous press releases, Nigeria Government and her compromised Security Agencies are responsible for most criminalities going-on in Biafraland and some other parts of Nigeria. This very fact has been confirmed by Nigeria Army officers in their letter to the Buhari the impostor in Aso Rock while protesting poor welfare, low morale, corruption in the Army as an institution and lack of adequate working tools to the effect that some of their men are involved in kidnapping and other sundry  crimes for survival. What a shame, this is the smoking gun that has hitherto been missing. So when they will recruit these criminals in uniform and their civilian partners or JTF’s to cause violence in Biafraland during and after campaigns and  selection, the International community should know who to hold responsible and that will be the Nigerian government.

“The current political atmosphere in the Nigeria election campaigns shows that the oppressed and disgruntled Youths are on one side while the old who are comfortable with their oppressors are on the other side. You don’t need any prophet to tell you that this election may end up like 2020 #ENDSARS that brought the youths to the streets in protest across Nigeria. Recollect that the #ENDSARS mass protest led by the youths was infiltrated and hijacked by violent thugs on the pay roll and at the behest of the Nigerian government and blamed on IPOB. Nigerian government is warming up to do same again during this their selection process.

“If Nigeria Government keep playing ostrich this time around what happened in Nigeria in October 2020 might be a child’s play to what will happen this time. IPOB is not interested and will never involve ourselves in any Nigeria fraudulent pre-election or post-election issues. Our job is to open the eyes of the blinds by the gospel of truth which our leader has delivered already.

“Whoever, that is sponsoring any group or gang tagging them IPOB is on his/her own.

“For those who are hard of hearing, IPOB is ONE INDIVISIBLE FAMILY under one Central Command and leadership of Mazi Nnamdi Okwuchukwu Kanu. This divine movement is being piloted by the Only Structure which Mazi Nnamdi Kanu put in place and that Structure is the Directorate of State of the Indigenous People of Biafra (DOS) with Mazi Chika Edoziem as the Head of the DOS. Anyone who chooses to play foolish and act dumb is fully in his/her right to do so but IPOB cannot answer for their foolishness neither shall IPOB be responsible for their stupidity.

“If in the future IPOB Leadership decides to make further statement on the upcoming Nigeria selection process called election, we shall make such statement through our official channels which are (1) Announcement on our hallowed radio station  Radio Biafra or (2) Press Statement from IPOB Publicity Secretary. Any other  information claiming to emanate from IPOB but not issued through the above two channels is not only deceitful but fraudulent and does not represent the position of the Indigenous People of Biafra led by Mazi Nnamdi Kanu.” 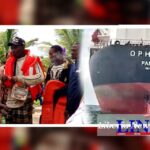 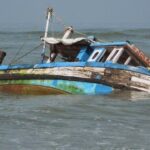