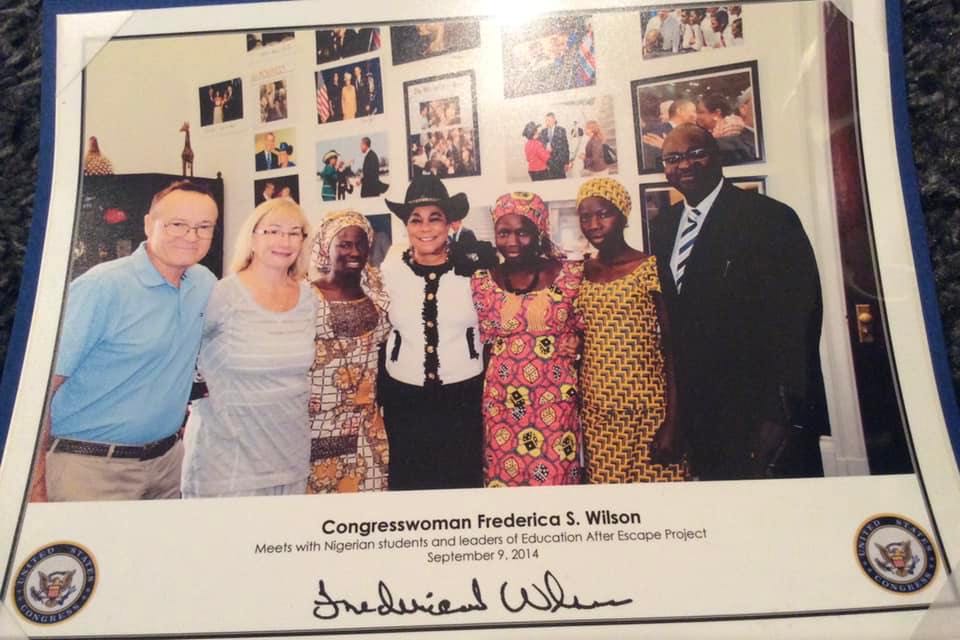 In 2009 a once quiet local Salafi group called Boko Haram became increasingly violent in north-east Nigeria and border communities of Niger, Chad and Cameroon. Its quest to forbid western education in the heavily Islamic region has led to the kidnapping of many school children, the slaughter of an estimated 2,200 teachers and the burning down of 1,400 schools. But the terrorist group was largely unknown on the world stage until the kidnapping of 276 schoolgirls from the Nigerian town of Chibok in April 2014.

The hashtag #BringBackOurGirls, used in the international calls for the girls to be rescued, garnered over 3.3 million tweets in less than a month. It became Twitter’s most used hashtag at the time, reaching 6.1 million tweets in 2016. It inspired protests around the world demanding the immediate release of the girls.

Some of these girls are still in captivity today; others have been rescued or have escaped. But some of the rescued girls returned to their abductors. It was a sign that there was more to know about Boko Haram terrorism.

In a recent study, I argue that the global popularity of the Chibok girls case is due to the hard work of the #BringBackOurGirls campaign. Its framing of the case, however, failed to offer a nuanced picture of realities in Nigeria.

The violence of Boko Haram in the north-east is much more complex than the gendered divisions (female victims versus male perpetrators) that emerged. I turned to the testimonial stories that emerged after the kidnapping to offer more insights.

Writers, journalists and artists responded strongly to the #BringBackOurGirls campaign.

The kidnapping has been taken up in novels (Buried Beneath the Baobab Tree), films (Nollywood’s Boko Haram and a scene in Hollywood’s Black Panther), documentaries (Stolen Daughters and Daughters of Chibok), poems (The Book of Chibok), literary memoirs (A Gift From Darkness), literary reportage (The Chibok Girls and Beneath the Tamarind Tree), visual art and songs – to mention just a few.

I consider these creative works as testimonial narratives, as they are based on survivors’ testimonies. In my analysis, these representations must be read as part of the #BringBackOurGirls campaign.

Reading these texts, I began to notice a story much more complex than what is available in public media and even academic scholarship. For one thing, the Chibok case is neither exemplary nor singular. By focusing exclusively on this case, the movement missed an opportunity to articulate a more nuanced and complex response to Boko Haram.

This is why one of the movement’s foremost writers, Nigerian novelist and journalist Adaobi Tricia Nwaubani, claims that the excessive focus on the Chibok girls, to the detriment of other stories from children, men and women, was “a mistake”. As she argues, it is only through a robust engagement with the tragedy of terrorism in northern Nigeria that we can learn how best to confront it meaningfully.

Buried Beneath the Baobab Tree

Nwaubani strives to achieve this complexity in her acclaimed novel, Buried Beneath the Baobab Tree. The text is a literary testimonial narrated through the perspective of an unnamed teenage girl survivor, affectionately called Yaa Taa by her parents. Nwaubani affirms and also moves beyond the Chibok case by making Yaa Taa representative of all women and girls kidnapped by Boko Haram – not just the Chibok girls.

The novel also undoes the easy gender binary constructed by the #BringBackOurGirls campaigners. Boko Haram has also murdered boys and men while kidnapping girls and women. When Boko Haram invades her village and almost annihilates all men and boys, Yaa Taa mourns:

I thank God that I am a girl … it was the boys and men that got called to one side of the building when the Boko Haram men gathered all the villagers … It was the boys who were lying in shallow puddles of red, while the girls and women and toddlers were marched into trucks.

Italian journalist Viviana Mazza’s afterword in Nwaubani’s novel supports Yaa Taa’s experience. It mirrors what she heard from other witnesses she interviewed.

The women also allude to the trauma of witnessing such gruesome murders and the challenge of survival in the absence of their fathers, husbands, brothers, teachers and community leaders in their patriarchal society. Yet this has been scarcely acknowledged. #BringBackOurGirls shows a need for a better understanding of the delicate situation in these communities.

We find similar testimonies in other narratives published in the aftermath of the Chibok girls’ kidnapping. For example, A Gift from Darkness: How I Escaped with My Daughter from Boko Haram is a memoir written by a German journalist, Andrea Hoffmann. She interviews a survivor, Patience Ibrahim, whose husband was murdered by Boko Haram. None of the male members of her family survived and she was left without any family support.

Even a Wall Street Journal article showing that Boko Haram had kidnapped over 10,000 boys by 2016 was largely ignored in the face of the #BringBackOurGirls campaign.

What this shows is that witness accounts and testimonial narratives have the potential to offer deeper insights into historical events. But we need to listen carefully to the stories of survivors who may not be telling us exactly what we want to hear.

Testimonial narratives have also enabled other stories, experiences and voices to emerge. The violence inflicted by Boko Haram terrorism cuts beyond the Chibok case and crosses gender lines.

Without understanding the nuances of this violence, we cannot begin to solve it. Nor can we understand why some of those who have been rescued are returning to their captors. Only they will be able to tell us.

The above, written by Chijioke K Onah (PhD Candidate, Cornell University), was first published in The Conversation 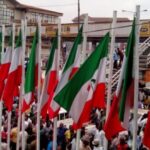 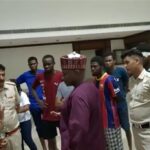 Iran Has Capacity For Nuclear Weapons But Has No Agenda To Become A Nuclear State, Says Vice President