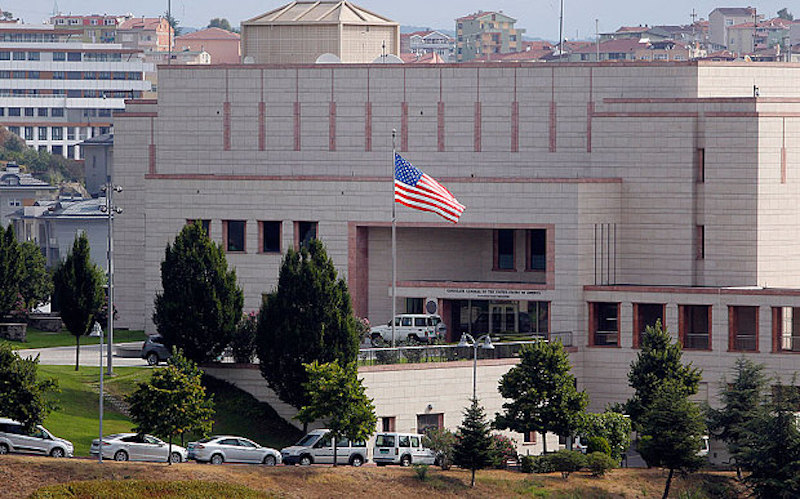 By Lasisi Olagunju (Published in the Nigerian Tribune on Monday, 31 October, 2022)

Ancient Greek and Roman authors wrote about a lost city called Helike (Helice) which suffered utter destruction in 373 BC. I remembered reading about this capital city when the American government evacuated its officials from Abuja last week and the regime of denial in Abuja asked us to ignore the super power. History has details of the deadly night in Helike when a terrible earthquake triggered a tsunami that concomitantly destroyed the city and all its people. The tragedy did not hit that city that night without a warning.

Greek historian, Thucydides – some say Diodorus too – wrote a painstaking account of how human inhabitants of Helike watched and laughed as rats and dogs, even snakes and weasels, evacuated the city a few days before the catastrophe. Roman author and teacher of Rhetoric, Aelian (c175-235 CE) also wrote that five days before tragedy hit that city, “all the mice and martens and snakes and centipedes and beetles and every other creature of that kind in the town left in a body by the road that leads to Cerynea.”

The people were amused and they laughed at whatever spirit of madness had entered the exiting creatures. They remained so high on denial until night fell and the tsunami of darkness swept them away. History has no record of any human survivor. Everyone ignored the warning; everyone died.

There is a more recent incident which mirrored that Ancient Greek disaster. On 26 December, 2004, villagers of Bang Koey in Thailand woke up in the morning to notice that “a herd of buffalo grazing on the beach lifted their heads, pricked their ears and looked out to the sea, then turned and stampeded to the top of a nearby hill (Matt Kaplan: 2007).” Some minutes after the animals’ warning exit, a tsunami swept off the village. The few who lived after the attack were those who correctly read the animals and escaped with them to the hilltop.

The Fulani have a proverb that can be useful here; they say: the one who wakes up early is safe from the sun. Where I come from, we know and say that rains have distinctive ways of tipping off both the blind and the deaf. If you can’t see, at least you would hear the rumblings in the skies; and if you can’t hear, the clouds are up there as your advisory.

I neither wish nor pray for any disaster to hit Abuja, but let us not dismiss the Americans and their allies. They see; we are willfully blind – in and out. Nigeria’s one-time minister of external affairs, Professor Bolaji Akinyemi, speaking on Arise Television last week, rang this warning bell. He said we should listen to what the Americans were saying and watch what they were doing; we should read their lips: “The security threat that has now been made public is increasing every day. The US started it, UK, India joined and Australia, Canada have joined, and I suspect that the number is going to be increasing. Don’t forget that intelligence that is available to embassies in Abuja are not collated from just the information gathered within Abuja or Nigeria. This information could have been picked up from any of the listening posts of the US anywhere in the world. We, Nigerians, don’t have that intelligence capability; therefore, don’t let us demonize the Americans or any of the embassies that are involved in this.”

Is ‘something’ truly about to happen in Abuja? Or is it generally in Nigeria? What is it? Our government is not saying anything of value beyond dropping dumb assurances. We are used to America and its allies issuing security alerts and travel advisories. We have been receiving such alerts and advisories as very routine since the very day Nigeria lost its virginity and became a destination of choice for terrorism and terrorists. But evacuation as a superpower response to threats on our soil is new, novel and very gross.

A history of US evacuations abroad and what followed the leaving should bother me. There was America’s ‘Operation Eastern Exit’ launched in Somalia in January 1991 which was a reaction to the escalation of violence in that unfortunate country. The US Defence Attaché went to the Italian embassy for a function but “took a couple of rounds when a Somali fired an AK-47 at his vehicle; a couple of the shells traveled between sheets of armored plate surrounding the car and cut across the car an inch from his backbone,” the then US Ambassador to Somalia, James K. Bishop, reminisced in November 1991. “Obviously, the situation was deteriorating by the minute. Non-Americans were beginning to come into the compound (the embassy) looking for protection; some diplomats sought refuge…the Nigerian Ambassador was sleeping on a couch outside of my room…,” he added, and concluded that “the situation presented a strong argument for leaving Somalia as soon as possible”

On 1 January, 1991, Ambassador Bishop asked the Department of State to approve the evacuation of the embassy. He got the approval the following day and evacuated the Americans leaving the Somali employees behind. Somalia is more than still being in crisis. It is ruined.

The evacuations are martial proof that America does not throw its citizens to the dogs. Sixteen years before Somalia (between 29 and 30 April, 1975), America had ‘Operation Frequent Wind’ in Vietnam – evacuating its interests in the very last days of the Vietnam War. Almost four years after Vietnam (January 30, 1979), the United States ordered its almost 1,000 citizens still in Iran to leave “at the earliest feasible time,” that is according to the Washington Post of January 31, 1979. On February 21, 1979, the US and its allies evacuated 440 persons from Iran. The Iranian military was crumbling and the Islamic revolution had happened ten days earlier which triggered that action. We know what followed it.

America launched a month-long ‘Operation Shining Express’ on June 12, 2003 to rescue and evacuate US citizens and embassy workers trapped in Monrovia following a second civil war in Liberia. Just last year, August 2021, we watched on live television as America and its allies evacuated Kabul, the Afghan capital. We saw the bedlam at the airport and we know why the evacuation had to be done at that moment. On February 20, 2022, the US embassy in Russia told Americans to prepare for evacuation, citing the deepening Ukrainian crisis and the general air of insecurity the problem had engendered.

On September 28, 2022, the embassy issued a security alert asking US citizens to leave Russia immediately while there were still options for departing the country. Each of these alerts and warnings was portentous and had specific reasons, and each was followed by unforgettable events. Is something horrendous about to happen in our capital city that is known only to our more endowed guests? What is it?

Whatever it is, the Nigerian government does not really care. Governance, to the men of power in Abuja, is an ego trip. What bothers the regime is not the damage which terror may inflict on Nigeria and Nigerians. The surly government is solely interested in retaining the sepulchral whiteness of its image. It insists: Nigeria is safe, Abuja is safe; no Abuja estate was raided with foreign assistance. A string of lethal lies continues to ornament the neck of our government. The regime without shame has been scrambling to attack the American alert and advisories; it is asking us to ignore the sighted guide of the American eagle and key into the blindness of its bat.

But why is the government giving itself so much trouble with the American warning? The advisories were not directed at Nigerians; they were for nationals of the powers issuing them. But between the Americans and the wolves in Abuja, Nigerians know whom to trust with their lives. Besides, Nigerians do not really need an American warning to evacuate the country. The japa revolution is in full swing, a reluctant movement of sadness. Japa is a mass evacuation abroad of our best which exposes the criminal mismanagement of Nigeria and its promise. It exhibits the hopelessness of our country.

While the government is struggling to tell lies of safety in Abuja, innocent Nigerians are being attacked north to south. On the Lagos-Ibadan expressway (and almost inside Ibadan) on Friday, gunmen attacked travellers, killed some and abducted some others. One of the killed is a man who was reportedly shot in the presence of his wife and two children. The man got shot but escaped from the bandits. “He managed to continue driving…but was bleeding heavily. He started getting weak until he could no longer cope. He lost control and veered into the bush where the vehicle somersaulted,” a relation of the dead told the Nigerian Tribune on Saturday.

Others had their share of Nigeria’s random death; their corpses were picked up here and there, at different times, in the bush as if that stretch of our space is a warfront. Indeed, we are at war on many fronts – from known and unknown bandits and from the government’s imbecility. For the dead, a simple journey between Lagos and Ibadan became a journey to eternity. For their families and friends, the trauma sticks forever. The abducted? One of them is a professor of professors, a clean man of value, Professor Adigun Agbaje. As I write this, all of us – beneficiaries of his large-hearted intellect – are looking unto God to deliver him from the snares of Nigeria.

Those who work with toothpicks and rocking chairs in Abuja, what have they to say to all this? They hate to hear the sobs of the bereaved and the cries of the abducted. Do we still have a country? Only those living in or eating the Villa will answer yes. We keep searching for a definition for Nigeria; what is its purpose? A country is not one if it keeps a government that protects neither its population nor its territory. It would appear that the disease gnawing at Nigeria’s gut is resistant to all known medicine. We’ve lost everything good, including the promise of the beginning.

The United Kingdom-based Reuters News Agency published a very sober piece in October 1970 to mark the 10th independence anniversary of Nigeria. I pick a paragraph from what that news agency wrote: “Among the African states which gained independence after World War 2, none has had more problems than Nigeria in realising its potential. The potential is great, for this is a country destined to be rich and powerful not only by African but by world standards.”

That was 52 years ago; what has happened to that destiny of greatness and the potential, the power and the richness? The Reuters statement remains valid as a verdict on Nigeria of today. If ‘potential’ is manifest anywhere, it is in the subversion of everything noble and ennobling. 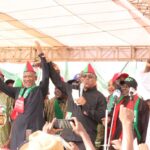 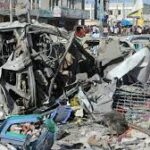