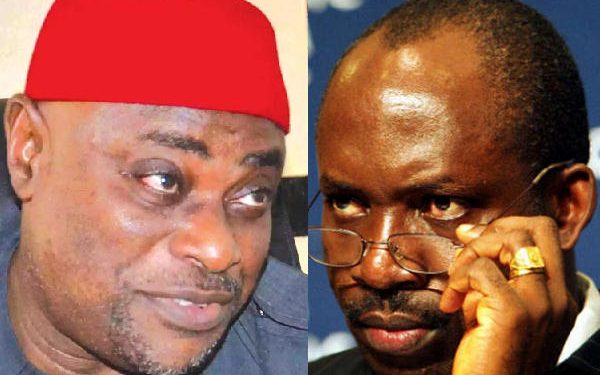 The embattled national chairman of the All Progressives Grand Alliance (APGA), Edozie Njoku, has told Chief Victor Oye to shield his sword in the interest of the party and stop parading himself as the party’s national chairman.

Njoku’s plea came following a letter which came out on November 7, from former Supreme Court Justice, Mary Odili, clarifying the true leadership of the party.

Mrs. Odili, in the letter made a correction in her panel’s judgement of October 2021 wherein the name of Victor Oye was erroneously inserted instead of Edozie Njoku.

Njoku, while addressing a press conference in Abuja on Tuesday after the correction was made on Monday, begged everyone involved in the court process to allow peace to reign.

According to him: “I beg everybody involved, particularly Chief Victor Oye, to put down his sword because the game is up.”

He also asked the Governor of Anambra State, Professor Charles Soludo, to rise to the occasion, insisting that failure to come together at this point would be catastrophic for the party in the coming elections.

“By virtue of his being the Governor of Anambra State, I like to call on Chief Charles Soludo to rise to the occasion and let this crisis in APGA be buried once and for all, and let’s move forward,” he added.

He warned that any attempt to shove aside a Supreme Court judgment would mean that the party wants to play with the 2023 elections, a risk, according to him, that is going to jeopardize the elections.

Njoku described as ridiculous claims by the Oye’s camp that he had gone again to forge Mary Odili’s letter.

He asked the people not to be deceived, daring anyone to come and arrest him for forgery.

“We should now say Chief Victor Oye, you’ve run a good race. Hang up your boots, please,” he maintained. 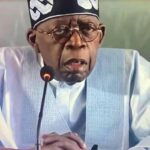 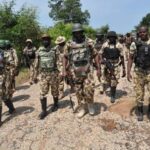 Buhari Sad Over Killing of 63 Vigilantes by Terrorists in Kebbi State, Demands More Proactive Efforts By Military, Other Security Forces