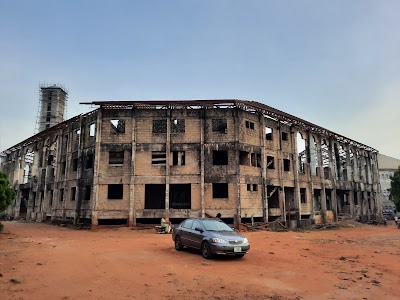 The Nnewi Catholic Diocese has given reasons why it sent armed security agents to St. Martin of Tours Parish, Ihiala, Anambra State, saying they were deployed following the theft of Blessed Sacrament in two parishes in the area.

The Diocesan Director of Communications, Reverend Father Onwudiwe Martin said that the security men were not sent to threaten the Holy ghost priests but to protect church properties.

Father Martin stated that “the State security men sent to Ihiala by the diocese are there just to protect the church property especially the Blessed Sacrament given the current state desecration of the Sanctissimum.

“On 11th November, 2022, the Blessed Sacrament was made away with from St Christopher Catholic Church Ihiala and All Saints Parish Oraifite on 14th November 2022.”

Martin in company of the Episcopal Vicar of Ozubuu region and the Parish Priest of St Michael Catholic Church Ozubuu, Reverend Father Hygi Aghulor, pointed out that the State Security men got express briefing from the Bishop never to release any gunshot or teargas anybody.

“They were not to touch the priest at all. That is why the thugs mobbed up to go and counter them which made the State Security men to run away from them. The truth is that any sincere priest on ground church premises who feels insecure alerts the bishop first and not the thugs.” Martin asserted.

Reverend Father Martin, while answering questions on the allegation that some Priests especially the older ones in the Diocese are not happy with the postings made by the new Bishop, said that such claim is a mere insinuation that has no basis.

He noted that the leadership style of Most Reverend Jonas Benson Okoye, the Bishop of Nnewi Catholic Diocese has translated to positive development in every area of the Diocese.

Reverend Father Aghulor, while buttressing the position of the church, pointed out that Bishop Okoye had long time ago communicated the information of the transfer of the Holy ghost priests to their Superior General and that every priest in the diocese is expected to obey the Bishop’s directive.

Reverend Father Aghulor said as a matter of fact that claim that Ihiala parishioners are demanding for a diocese is not true and actually not practicable in the Catholic Church.

He noted that the entire parishioners are not involved in the act of disobedience to the bishop adding that a few disgruntled persons are actually behind the mob action. 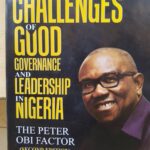 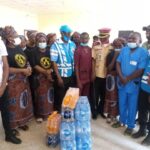