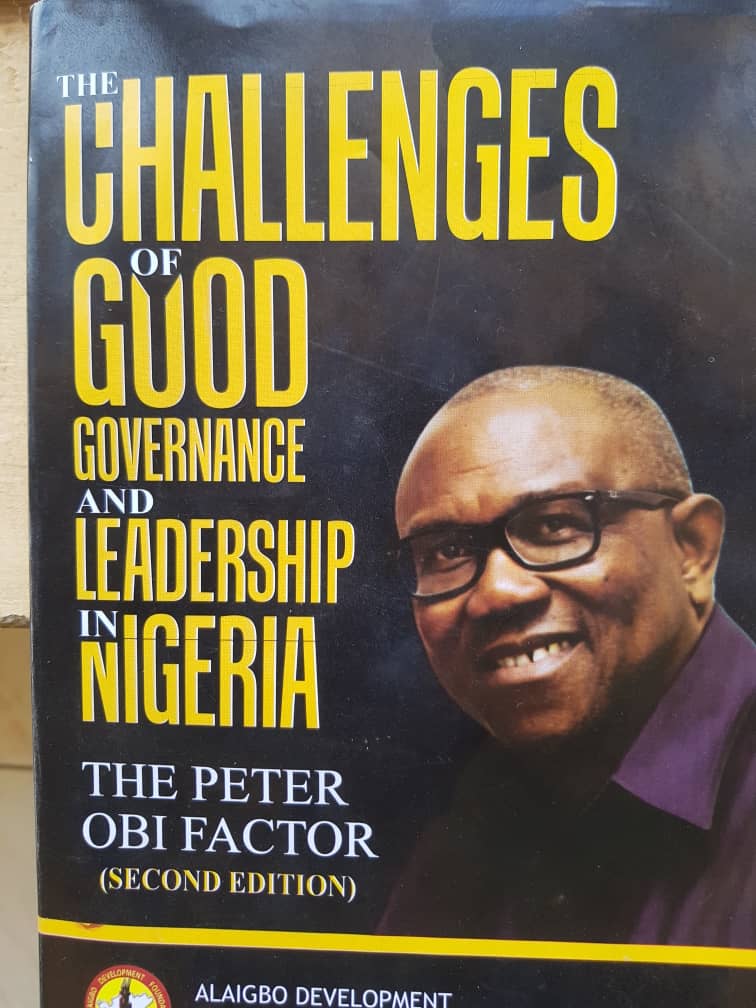 Title of Book: The Challenges of Good Governance and Leadership in Nigeria: The Peter Obi Factor.

What is presented to us here is the Second Edition of the Book with the title –The Challenges of Good Governance and Leadership in Nigeria: The Peter Obi Factor. The First Edition, on the other hand, has a substantially different title, namely – The Challenges of Good Governance and Democracy – Eight Years of Mr. Peter Obi as the Executive Governor of Anambra State (17th March 2006 – 17th March 2014)

to the authors, while the First Edition presents Mr. Peter Obi as a South Eastern Phenomenon, the Second Edition presents him as indeed a Nigerian phenomenon.  To understand what the authors mean by this, we need to delve into the background of the publication.

The Tour was led by several leading intellectuals from the zone led by the Editor- in-Chief of the Book, Prof Uzodinma Nwala and other frontline intellexctual and political leaders of the zone including Mazi Sam Ohuabunwa, the Chair of ADF Business and Development Committee; the late Dr Dozie Ikedife, the former Chairman of the Board of Trustees of ADF. The Group invited Mr. Peter Obi to accompany and to answer any relevant questions.

Thus, ladies and gentlemen what the authors have presented to us in this book is concrete history which we all can verify.

And Now with Mr. Peter Obi Bursting out as a Great Political Wave within the Horizon of Nigeria’s Current Political History, the authors, in collaboration with their colleagues in other parts of Nigeria decided to relate their earlier data to the current global wave of Mr. Peter Obi as A Nigerian Political Phenomenon.

Yes, in the face of the current National Election, the authors in collaboration with their colleagues from their parts of Nigeria who are equally searching for appropriate models of Good Governance, Authentic leadership and Democracy in Nigeria, decided to look deeper into the political phenomenon which Mr. Peter Obi represents within the Nigerian political environment.

And behold new facts continue to emerge showing that indeed Mr. Peter Obi is a national phenomenon way beyond the Igbo political landscape. One of the authors of the Second Edition has described Mr. Peter Obi as THE PAN-NIGERIAN.

This obvious conclusion equally obvious from the broad pan-Nigerian interest in Mr Peter Obi’s investment activities as a businessman. It is also very obvious in the peculiar interests Mr Peter Obi showed in supporting other nationalities in difficulty as he did during

“the floods of 2012 that covered most riverine communities along the banks of the river Niger and Benue when several communities in Anambra North Local Government were inundated with flood water. The bungalows in such communities were totally submerged, story-buildings had just their roofs showing. All the farm produce in these areas were totally destroyed. These communities are the breadbasket of the State and depend mainly on agriculture for their sustenance. Families had lost all their belongings and means of livelihood.

According to the Report,

“Mr. Peter Obi rushed to the scene of this disaster and waded in chest-high waters to reach some of the affected areas. He then remained there and ordered the evacuation of all the people living in these communities. There were some indigenes of Kogi state who had earlier left their communities and sought refuge in Anambra state not knowing that the flood was also going to hit the communities that they sought refuge in.

Mr. Obi in his characteristic pan-Nigerian character, moved everyone, indigenes and non-indigenes (i. e, that is both Anambra and Kogi indigenes) to camps for shelter.

“He then made sure that food, medicine and other necessities were made available for everyone, irrespective of their state of origin. He promised everyone in the camps at that time, that once the flood receded, there were going to be helped to get their lives back together.

”True to his words, when the flooding was over, rebuilding and rehabilitation of these communities commenced crossing over into the neighboring Kogi State. Families were returned to their respective communities and till this day, they have nothing but gratitude to offer the government and people of Anambra State under the then leadership of Mr. Peter Obi”

According to the author of this chapter, Mr. Ike Nwandu,

“Mr. Peter Obi has come across as a humble, simple unassuming personality. There are several other cases that have shown him to be a politician with a human face. In these times when Nigeria has become more polarized than it has ever been before, it is pertinent to remember the several things that Mr. Obi did as governor of Anambra State to show the kind of Pan-Nigerian leader he truly is”. (The Challenges of Good Governance and Leadership in Nigeria: The Peter Obi Factor pp,59-62)

Therefore, for the Second Edition we owe immense gratitude to the various organizations united under the aegis of Association for Good Governance and Democracy in Nigeria for availing us the opportunity of possession of this historical testament of our era.

SENATORIAL CANDIDATE OF THE LABOUR PARTY 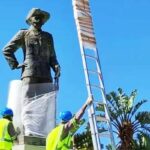 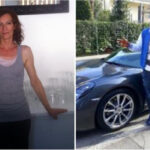