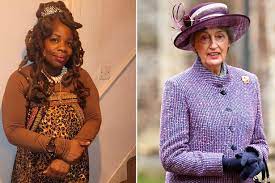 A black woman who was asked where ‘in Africa she comes from’ by royal staff says that she was left ‘wanting to leave’ during her visit to Buckingham Palace.

A black woman who claims she was asked where ‘in Africa she comes from’ by a close friend of the Queen said her ordeal was ‘prolonged racism’.

Ngozi Fulani was visiting Buckingham Palace when she was allegedly questioned about her ethnicity by Lady Susan Hussey.

Ngozi, who runs a black women’s domestic abuse charity In London, said that 10 minutes after arriving at the royal residence, she was approached by a woman who ‘put her hand in her hair’ in front of colleagues.

She claims Hussey asked her: “Where do you come from?”

In a conversation that followed, Hussey allegedly continued to ask “what nationality are you?”, “where do your people come from?” and “what part of Africa are you from?”

Hussey, 83, was one of the late monarch’s most trusted friends and is Prince William’s godmother.

Ngozi Fulani said she had ‘mixed feelings’ after attending an event to celebrate her work and then being asked where in Africa she was from? (

Ngozi told the Mirror: “[What she did] was racism. Through and through. It was prolonged racism.

“The fact that it was just done in the open in front of people, on a day when we should be working towards violence against women.”

Hussey also allegedly said: “I can see I am going to have a challenge getting you to say where you’re from. When did you first come here?”

Eventually, Ngozi says she replied: “I am a British national, my parents came here in the 1950s,” before Hussey responded with: “Oh, I knew we’d get there in the end, you’re Caribbean.”

Ngozi says she then corrected the aristocrat by responding with: “No, I am of African heritage, Caribbean descent and British nationality.”

Ngozi said she wanted to flee the function but had to stay because was representing her charity.

“I just wanted to leave, I felt very unwelcome. I’ve never lived anywhere else, I’ve only lived in Britain,” she said.

“So someone to come and tell me, someone who has been in the royal household for her to kind of just insist that I’m not British.

“Those were not her words but that’s the implication. I don’t know how to process that.”

Ngozi said she felt “very unwelcome” and “attacked’ but added that she did not want Hussey to lose her job.

An investigation has been launched and the palace slammed the “unacceptable and deeply regrettable comments”.

A royal source confirmed Hussey has departed from her honorary role in the household.

Ngozi says she felt “blindsided” by the experience as she had visited the royal residence in summer without any issue.

She said: “It just left me feeling like I need to review this. I attended the garden party earlier this year at the invitation of the late Queen and my experience was very different there.”

The incident came to light after Ngozi took to Twitter and posted a transcript of the alleged exchange which quickly garnered more than 6,000 likes.

She said: “I was blindsided. I didn’t expect anything like this so I stood on the edge. Ten minutes after I got there this happened and for the next two hours, I just stood on the periphery and just waited to be able to leave.

“I felt very uncomfortable. I’m still processing it. I was knocked back decades. I finally knew how my parents felt.”

She continued: “I don’t think it’s fair that she (Hussey) should be hounded because the problem is bigger than her.

“It’s the institution that needs to be looked at and I think much better am I than her, if I put her name out there, knowing that people are going to come after her or she’s going to lose her job.

“That’s not what I want. I want for women of African and Caribbean heritage to be able to go to these places, safely and for people who work for any establishment to be aware of racism. Because, ‘I didn’t know’, is no longer an excuse.

“That’s terrible, I’m not having that. I think it’s a training thing rather than anything else.”

“I’m not about someone being targeted, I’m about solutions. Let’s find a kind solution than anything else.”

First published in The Mirror 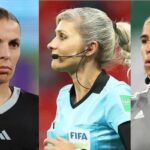 History: This All-female Referee Group Will Officiate A World Cup Match For The First Time 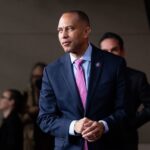