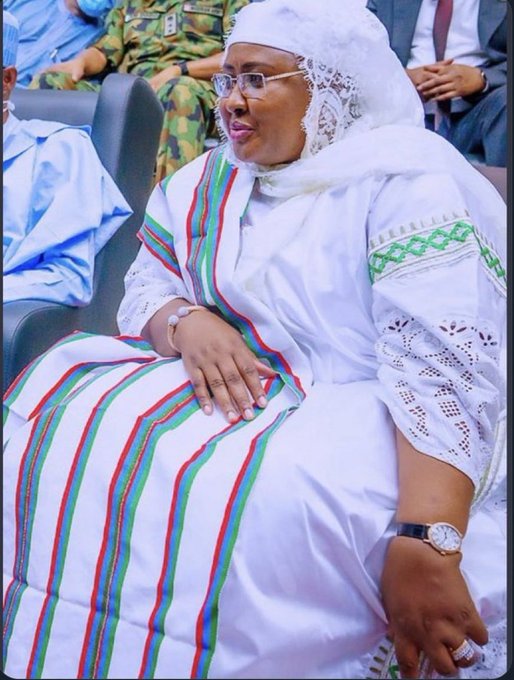 First Lady Aisha Buhari has withdrawn the defamation case against Aminu Mohammed, the student of Federal University, Dutse, who was arrested for allegedly defaming her.

Prosecution counsel, Fidelis Ogbobe, told the Federal Capital Territory High Court on Friday that the president’s wife withdrew the case due to the intervention of well-meaning Nigerians.

The first lady has been under pressure since news of Mohammed’s arrest broke last week.

Celebrities, social media influencers, students, politicians, media analysts have been commenting on the plight of Mohammed, who landed in trouble over a comment that the wife of Nigeria’s number one citizen found offensive.

Muhammed, who is a final-year student in the Department of Environmental Management and Toxicology, Federal University Dutse, Jigawa State, had in June tweeted in Hausa “Su mama anchi kudin talkawa ankoshi” loosely translated as “the mother has gotten fatter by eating masses’ money.”

A picture of Aisha was posted with the tweet to match the joke.

After two weeks in detention, Mohammed was arraigned before Justice Yusuf Halilu of the Federal Capital Territory High Court at Maitama, on Tuesday.

Although he pleaded not guilty, the judge ordered that he should be remanded at Suleja prison in Niger State.

The police said the alleged offence of the 24-year-old student bordered on defamation and cyberstalking, which contravened Section 391 of the Penal Code.

In the one-count charge marked: CR/89/2022, and dated 23 November, the police said “between May and June 2022 within the jurisdiction of this court, did intentionally open a Twitter handle with the name …Catalyst and screenshot the photograph of her Excellency Hajia Aisha Buhari and wrote on it in Hausa language… roughly translated to English language to mean ‘Mama has embezzled monies meant for the poor to satisfaction’ and posted same on your above Twitter handle.. knowing same to be false and capable of affecting her reputation.”

The prosecuting counsel informed Daily Trust that following the instruction of Mrs Buhari, the legal team made an application for discontinuance of the matter.

“The judge magnanimously granted the application and struck out the matter from the court,” he said.

He added that Mrs Buhari stated that she had forgiven the young man as a mother, thus there is an instruction to bring him (Aminu) out of the Correctional Centre in Suleja.

CK Agu, Mohammed’s counsel, had earlier requested bail for his client to enable him start his final exams on Monday, but the court did not grant the application. 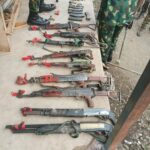 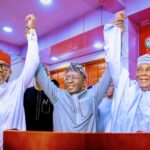 Ohanaeze: Resist The Terror Of Sit-at-home, Labels Simon Ekpa, His Sponsors As Enemies Of Ndigbo