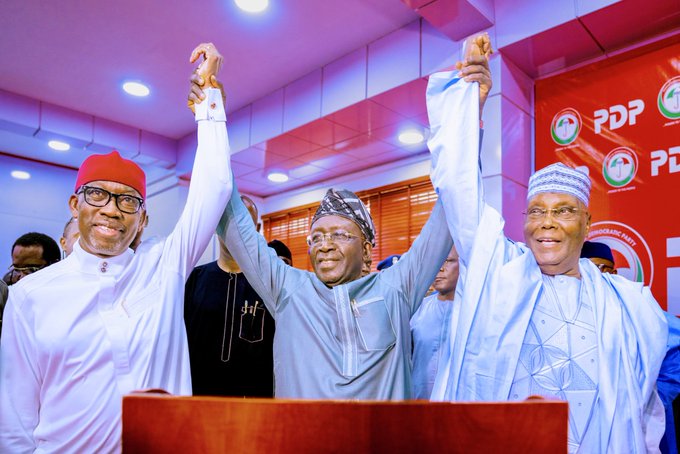 The Forum of Christian and Muslim Political Leaders from the 19 Northern States and the Federal Capital Territory (FCT) have finally adopted the Presidential candidate of the main opposition People’s Democratic Party (PDP), Atiku Abubakar as the consensus candidate for the 2023 Presidential election.

Arising from a meeting of leaders and  delegates from all over the North, religions leaders, women and youth organisations took the decision in Abuja on Friday at the Atiku Abubakr Hall of Shehu Musa Yaradua Centre.

The forum adopted the report of IRS Technical Committee led  by a former Minority Leader of the House of Representatives, Hon Mohammed Umara Kumalia and Barrister Nunge Mele, SAN.

The Forum of Northern Christian and Muslim Leaders had on October 8 set up the committee to recommend a pan-Nigerian platform to adopt in the 2023 presidential election.

The resolution to adopt Atiku was contained in a communique jointly signed by a former Deputy Governor of Sokoto State and Minister of Water Resources during the administration of President Olusegun Obasanjo, Mukhari Shagari and Professor D. D. Sheni.

The communique stated that the “Forum therefore adopted the PDP and the Atiku/Okowa Presidential ticket as the right ticket to support in the 2023 presidential elections, as it addresses all the concerns of inclusiveness, fairness and national cohesion.”

The Forum further recommended for support for the Atiku Abubakar/Ifeanyi Okowa presidential ticket to all well-meaning Nigerians across the ethnic, sectional and religious diversities, in order to foster unity, peace, development and progress.

The Committee, having completed its assignment and presented its report to the Forum and the report was accordingly adopted and it was resolved that the four leading political parties that were considered by the Technical Committee for the purpose of this assignment were: the All Progressives Congress (APC); the New Nigeria Peoples’ Party (NNPP); the Labour Party (LP) and  the Peoples’ Democratic Party (PDP).

The Forum observed that the NNPP and the Labour Party have Presidential tickets that are inclusive, representing  religious diversity as a country populated by a dominant population of Muslims and Christians.

It was however noted that the NNPP and LP have not yet unveiled their Strategic Policy Plan for Nigerians to interrogate in less than 3 months to the general elections.

“And so, it is safe to say that no one except the two parties know the direction in which they intend to take the country. Nigerians cannot go into an election blind folded, especially in view of the myriad of problems bedeviling the nation,” the Forum observed.

It further observed that the NNPP and LP do not have all round grassroots structures required of a political party seeking the highest office in the country and so they do not have reasonable presence of its members in positions of governance at national, state and local government levels.

Also, the few if any, have only recently decamped to the parties while there seems to be a dearth of experienced hands within their parties to pilot the affairs of State.

“The All progressives Congress (APC)

The APC as we all know has fielded the same faith (Muslim-Muslim) ticket which excludes a large demography of Christians who do not feel represented by the ticket. The APC presidential ticket does not promote inclusiveness, unity, religious harmony and cohesion. A large population of Muslims have also expressed reservations to this ticket and have called for fairness and inclusivity, “the Forum stated.

“Consequently, this ticket is outrightly rejected by the Forum and the Forum hereby calls on all lovers of democracy, peaceful coexistence, unity and religious harmony to reject the ticket in its entirety, ” it declared.

According to the Forum, the Peoples’ Democratic Party (PDP) presidential ticket is representative of the religious diversity as a people.

“Also, the Presidential candidate of the PDP, Atiku Abubakar is the only candidate among the candidates of the four leading political parties that has the knowledge and experience of managing the country at the Presidential level. This gives him the advantage to set the ball rolling from day one.

“That the PDP Presidential candidate has a track record of working harmoniously with all classes of people across religious and ethnic divides.

“That the PDP Presidential candidate is a well-known talent hunter who has demonstrated capacity to hunt highly experienced talents across different sectors and bring them into government. This country needs highly talented people at this critical time to pull the country out of the doldrums and bring it back to the path of stability, security and prosperity.” 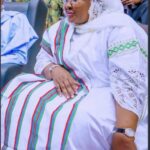 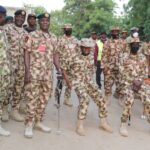 Buhari: I’ve Experienced Both Military And Civilian Rule, Multi-party Democracy Is The Best System Of Government