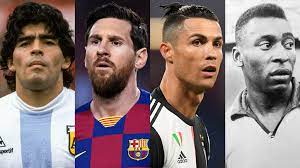 Lionel Messi is just one win away from cementing his status as one of the greatest-ever players to grace the game of football. The Argentine forward’s performances at the 2022 World Cup have been superb so far, with Messi almost single-handedly dragging Argentina to final.

While Argentina will have its work cut out, France is looking to become the first nation since Brazil in 1962 to retain the World Cup, Messi will be hoping he can banish the demons from 2014 and achieve what has alluded him so far in his career.

If Messi can claim the World Cup he would at least move ahead of his contemporary Cristiano Ronaldo in terms of accolades. The Argentine has played over 1,000 games and has 11 goals in 25 World Cup games.

While Messi has achieved more success at the club level, Diego Maradona has achieved the holy grail of winning the World Cup in 1986. However, Messi does have the better overall stats with Maradona scoring 345 goals in 678 games including eight goals in 21 World Cup matches.

While Johan Cruyff doesn’t have a World Cup to his name the Dutchman revolutionized football with the Dutch team’s “Total Football” approach in 1974. The Dutchman’s philosophy set the foundation for the likes of Pep Guardiola to build on with his contributions to the game still evident today.

Cruyff‘s best finish at the World Cup was a runner-up spot in 1974 with the Dutchman scoring a total of 424 goals in 754 games including three goals in seven World Cup games.

Alfredo Di Stefano is one of Real Madrid‘s greatest-ever stars with the striker scoring 468 goals in 643 games at club level. His performances helped Real Madrid win five European Cups with the club’s foundation for success in the Champions League being set during that time.

However, Di Stefano wasn’t as successful at the national level only winning the Copa America with Argentina in 1947 and nothing with Spain. Di Stefano also never played at a World Cup.

Any comparison of Messi would be incomplete without Ronaldo. The Portuguese forward has tried to match Messi blow for blow in terms of statistics scoring a total of 820 goals in 1,143 games, with Ronaldo scoring eight goals in 22 World Cup appearances. Ronaldo also has five Champions Leagues titles to Messi‘s four. Messi outperforms Cristiano in almost every other significant statistic.

Determining who is the greatest player of all time is a tricky and ultimately futile task. Football today is not representative in any way of football from 50 years ago and with the game shifting towards a more attack-minded approach it wouldn’t come as a shock to see further goal records being smashed by future generations. 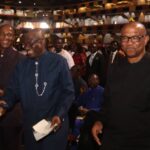 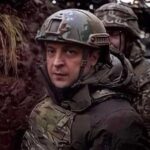 The Health Benefits of Coconut Water