Moscow hopes that Washington will show enough prudence to prevent the situation from escalating to the point of a direct confrontation, Alexander Darchiev, director of the Russian Foreign Ministry’s North American Department, has told TASS in an interview.

Thiis is just as Russian President Vladimir Putin on Thursday slammed the supply of US-made Patriot missiles to Kiev as an attempt to prolong the conflict and added that Russia had lived through the year “quite steadily.”

Putin told journalists that “the Patriot missile systems that the US has promised to provide to Ukraine are quite old systems and don’t work the way Russia’s S-300 systems do. An antidote to them will be found and “we will crack Patriot missiles, too.

“It is nothing but an attempt to prolong the conflict, that’s all.”

Earlier, Alexander Darchiev, the Russian diplomat had said: “One can only hope that Washington will heed the voice of reason and does not let the situation escalate to the point of a direct confrontation between Russia and the United States. Otherwise, severed diplomatic ties will become a reality, with all due consequences.”

Darchiyev stressed that it was the United States who “started to spin the flywheel of destroying bilateral relations.”

“Washington opted to self-isolate from Moscow, but is now trying to shift the blame, as if someone else brought those relations to the point of no return, not the current administration,” he said. “We are not seeking to sever them completely, but we will not tolerate malicious provocations that leave us with no other choice.”. 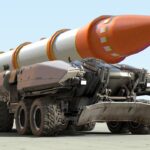 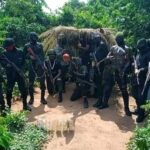 Ukraine Drags Russia to UN International Court of Justice The Hague, For ‘Attacking Everything’