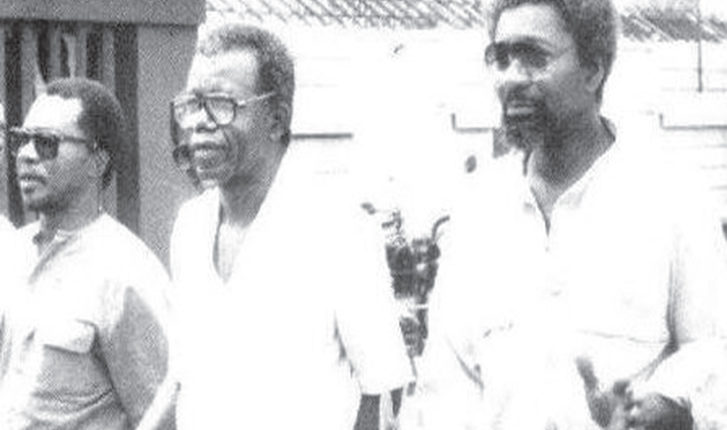 I can never get tired of celebrating Nigerian literature, arguably Nigeria’s greatest gift to the world.

The politics of Nigeria is a disaster that makes the whole wide world laugh at the so-called “Giant of Africa”.

Aside from creative literature, Nigeria towers on the global front through the grand achievements of our musicians.

Then there is Nollywood, the movie world where Nigeria locks horns with America’s Hollywood and India’s Bollywood.

But let’s first give this day to literature for ever since the inspiring emergence of Chinua Achebe, author of Things Fall Apart, and Nobel Laureate Wole Soyinka, Nigerian writers have continued to astound the world with their seminal works.

The Nigerian writer of today is poised at the crossroads of profound societal re-engineering, and capturing the daily flux of activities can indeed be quite tasking to even the most gifted of writers.

As Achebe deposed in Anthills of the Savannah, what survives after the epic battle is the story.

Creating a platform for the many stories of our epoch is a splendid generational statement.

There is so much writing going on in Nigeria in this age, and the argument has been raised in some quarters that Nigerian writing thrives more in exile.

Publishing outlets are said to be few and far between within the shores of Nigeria as opposed to the teeming outlets in the western world as exemplified by, say, London and New York.

The truth of course is that many masterpieces are lying dormant in computers because of the lack of well-organised publishing ventures.

Literary magazines are needed as they will go a long way in filling the void. A short story or poem or critique that stands out may eventually prove the forerunner of a fruitful literary career.

When Achebe in 1981, at Nsukka, initiated the Association of Nigerian Authors (ANA), there was the palpable fear that the body might die in infancy, as writers all over the world do not have sterling qualities of leadership and communal bonding.

Creative writing happens to be the loneliest of occupations, and it is always a war getting the writer out of his hermitage to bond with others.

ANA has famously survived through the years. The writers’ body has had its share of ups and downs, and it is not uncommon to hear detractors mouthing “ANA for anarchy”, but the fact remains that in its many years ANA has given voice to the voiceless, and meaning to a polity that others would have scoffed at.

The many novels, plays, poems and sundry literary works that have appeared over the years have learnt needed meaning to the Nigerian experience and the larger human condition.

The coveted literary prizes are highly regarded, though controversial in some instances.

It is praiseworthy that ANA at no time championed a literary orthodoxy. The diverse ideologies have a ready playground on the hallowed altar of ANA.

The major aim has always been to celebrate literary excellence rather than political correctness.

Of course nobody is talking of celebrating meaninglessness for the heck of it. Great art has to be married to the milieu to merit the ranks.

Nigerian writing has garnered all the major prizes across the globe. In winning the 1986 Nobel Prize for Literature, Wole Soyinka served a powerful reminder to the world that the body of work created by African writers, especially Nigerian wordsmiths, ought to represent the necessary future for world writing.

Achebe won the Man-Booker International Prize for his inimitable body of works by beating such eminences as Philip Roth, Salman Rushdie, VS Naipaul etc.

To cement the authority of Nigeria in the matter, sundry writers such as Ben Okri, Helon Habila, Chimamanda Ngozi Adichie, Sefi Attah etc have followed up ever since, winning esteemed prizes like the Booker, the Caine Prize for African Writing, the Orange Prize, the Wole Soyinka Prize respectively.

Even so, as Achebe did argue in first collection of essays, it is morning yet on creation day.

The absence of requisite criticism has been cited as a major drawback of the new literature.

It would appear these days that too many poetry collections, novels and plays are chasing too few critics.

This way, some of the eminent writers of today are bogged down doing literary criticism instead of concentrating on the major function of literary creation.

With the emergence of literary magazines it is hoped that the new critics of the age will now have a platform to launch themselves onto the heights.

Through the power of the printed wordthere is hope to give voice to the veteran and the tyro, the guru and the innocent.

What will unite the company is the esteemed goal of literary excellence, for it is from the virginal that the world grows to celebrate the original.

It gives me unquantifiable joy celebrating the novelists, playwrights and poets for keeping the Nigerian literary flag aloft on the world stage. 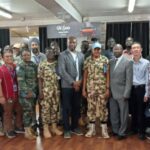 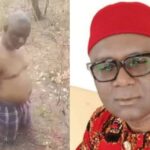