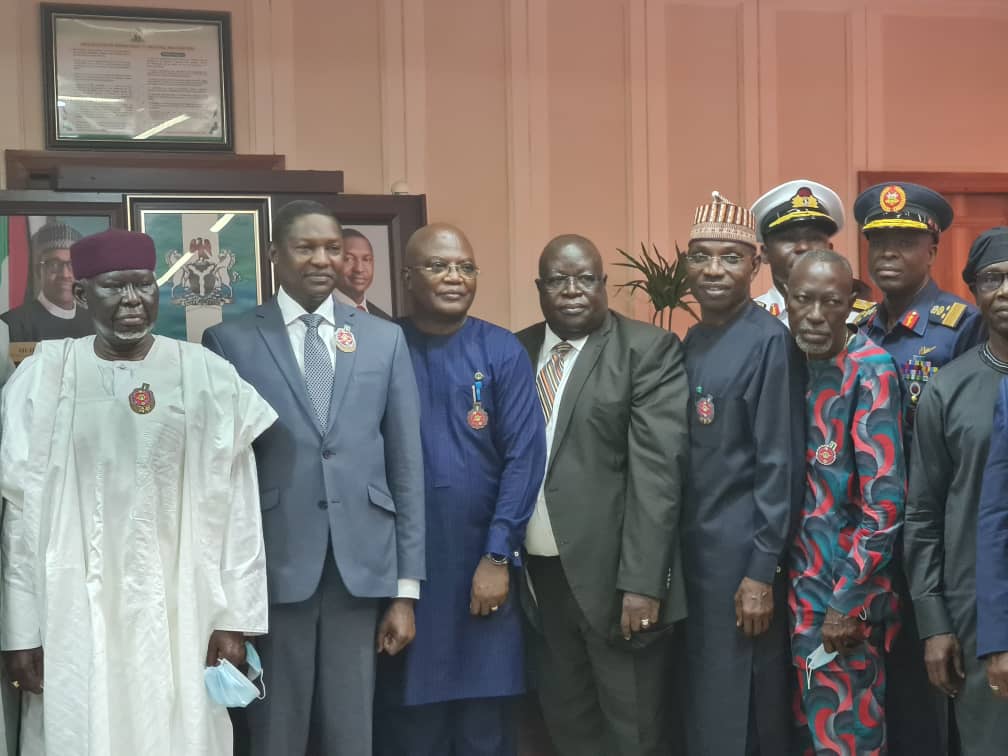 The Federal Government of Nigeria vigorously pursues the processes for the immediate implementation of reforms strategy for national security architecture with a view to provide enhanced institutions for effective service delivery.

Attorney General of the Federation and Minister of Justice, Abubakar Malami, spoke on Monday when he received members of the Presidential Implementation/Advisory Committee for the Implementation of the Recommendations of the Reform Committee on Ministry of Defence and Armed Forces of Nigeria.

According to the statement on Tuesday in Abuja by Dr. Umar Jibrilu Gwandu, Special Assistant on Media and Public Relations, Office of the Attorney General of the Federation and Minister of Justice, Malami emphasized the need for robust legal and legislative framework, effective inter-ministerial support and up-to-date training as well as enhanced capacity building approaches.

The Minister assured the Committee of the Federal Government’s determination to have the Nigeria’s military and security institutions carry-out their duties in the ever-changing and complex society and in compliance with international best practices.

Malami assured the Committee of determination to provide the desired support, collaboration and cooperation in providing the legal framework for efficient and effective achievements of their goals.

He noted that in a globalized world, Nigeria is a signatory to International Conventions and Treaties thereby making the country among other nations in the jurisdiction in the International Criminal Court in the sense of operational engagements and execution of mandates.

The Minister said for the implementation of the reform to be meaningful; existing legislations are put in place to ensure result-oriented delivery of the mandate of the Ministry of Defense and Armed Forced of Nigeria.

Malami assured the Committee of the total support of the Federal Ministry of Justice in achieving the objectives of the Committee.

Earlier, in his address, Chairman of Committee Major General Alwali Jauji Kazir (rtd) noted that the national and global strategic environments within which the armed forces operate have significantly changed in the last two decades.

Kazir said the end of the cold war has enhanced globalization with its attendant features of interdependence and internationalization.

He said there was the need to reposition the AFN to meet its national and international law obligations .

He noted that the heinous activities of non-state actors and other criminals make the review of the defense and security architecture imperative.

“Our goal is to improve capacity and capability of the Armed Forced of Nigeria for rapid deployment to counter wide spectrum of both internal and external threats,” he said.

The Chairman renewed his call to the members of the Committee that it was therefore “incumbent upon all of us to be part of this national endeavor of strengthen the Armed Forced of Nigeria in their effort towards the protection of our national interest and enhancing our country’s leadership role in Africa”.