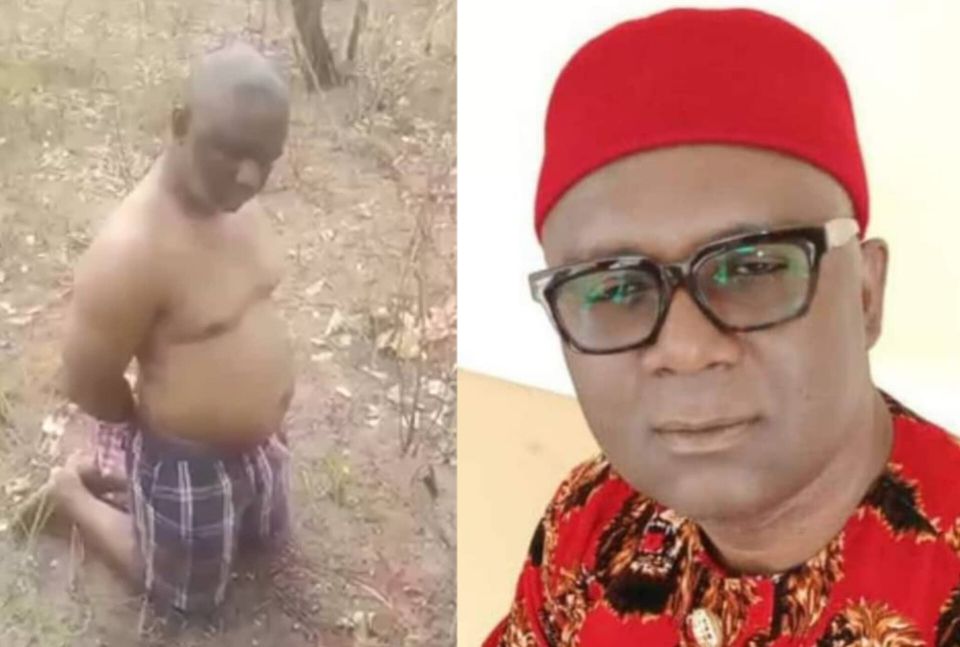 The chairman of Ideato North Local Government Area (LGA) of Imo State, Christopher Ohizu, who was kidnapped by terrorists have been beheaded.

Ohizu was on Friday kidnapped alongside the chairman of the All Progressive Congress (APC) in the Local Government and another unidentified person from his Imoko community in Arondizuogu area of the LGA.

Sources confirmed that his abductors had allegedly received a N6m ransom payment before beheading him on Sunday.

In a gruesome video circulating online, Ohizu was seen on his knees without shirt and singlet but wearing a boxer pant.

In that position, his hands were tied behind his back with a cloth.

Ohizu was silent all through the statement and allegations against politicians especially Governor Hope Uzodinma as the terrorists declared that there would be no elections in Eastern Region in next month’s February 25 Presidential and National Assembly elections and the following Governorship and State Assembly elections in March.

The faceless speaker stated: “There is one information for you. We are not ESN (Eastern Security Network). We are not IPOB (Indigenous People of Biafra). We are a set group of people that have seen what is happening in this and we said no. enough is enough. We must fight to make sure Biafra is restored. Whether you people like it or not, hence Eastern Region is concerned, there is no election. I repeat, there will be no election.”

On Friday when the terrorists invaded the home of Ohizu, they kidnapped him burnt his house and that of the APC Chairman, who was dragged away despite the bullet wounds on his leg.

Nothing was taken out of their houses while several cars were burnt to ashes.

As usual, the Imo State Commissioner of Police, Muhammed Barde, said the Command has moved into action and would bring the perpetrators to book.