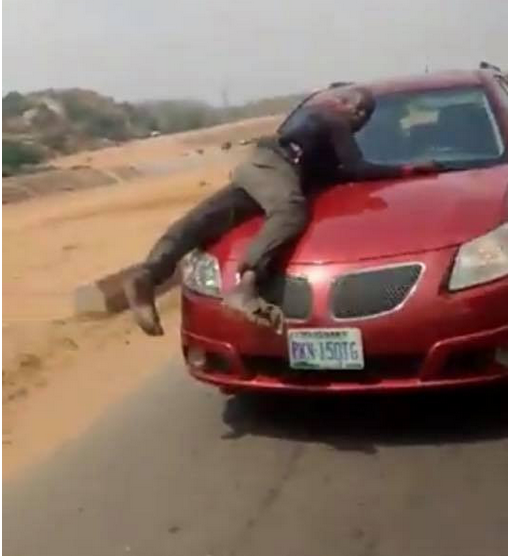 The Federal Road Safety Corps (FRSC) says that it has issued queries to its officials who almost assaulted a lady for speeding off with a Policeman on her car’s bonnet in Nigeria’s capital city of Abuja.

Global Upfront Newspapers GUN recalls that the incident was made public by a Media personality, Khalid Oshoke, who shared the video.

Khalid said that the lady who was almost assaulted by an FRSC official refused to park for the security operatives because they weren’t wearing facemasks.

He also revealed that the lady was moving at full speed even though the officer was on top of her car’s bonnet.

According to the statement by the FRSC: “The attention of the Corps has been adequately drawn to a video currently dominating the social media sphere about a motorist who had an encounter with FRSC Personnel in the course of carrying out the ongoing enforcement of Presidential/National directive on ‘Stay At Home.’

“After a careful study and analysis of the video and what transpired in it, the Corps wishes to inform the public that the following proactive measures have been taken; The Corps Marshal, Dr Boboye Oyeyemi has ordered the immediate withdrawal of the entire FRSC Team involved in the unprofessional and uncivil act.

“The action of the Officers involved in that episode is completely contrary to the Core Values and Operational Ethics of the Corps and the Corps frowns at it. The Corps Marshal has directed that the entire team be queried and sanctioned in accordance with FRSC relevant regulations on discipline.

The public is therefore called to remain calm & comply with all directives on stay at home & social distance & ensure that they cooperate with security operatives detailed to enforce the Presidential Orders.” 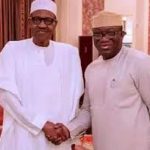 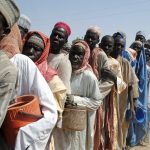