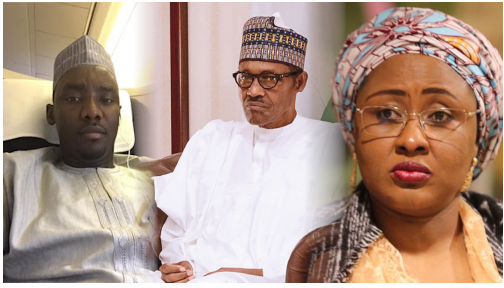 But The Presidency said in a statement that President Buhari was never in danger either from the shooting that took place or from the deadly Coronavirus (COVID-29).

“The Presidency wishes to acknowledge concerns expressed by several members of the public regarding the recent incident among the occupants of the State House which escalation led to the arrest of some staff by the police.

“This is to assure all and everyone that the President and Commander-in-Chief of the Armed Forces, Muhammadu Buhari, is not, and was not at anytime in any form of danger arising, either from deadly infections or the reported incident by security personnel which is currently under investigation.

“This particular incident happened outside the main residence of the President.

“Armed guards and other security personnel assigned to the State House receive the necessary training of especially weapons handling and where they come short, their relevant agencies have their rules and regulations to immediately address them.

“Having authorized the proper investigation to be carried out into this unfortunate incident by the Police, the President has acted in compliance with the rule of law.

“That a minor occurrence is being used by some critics to justify attacks on the government and the person of President Muhammadu Buhari beggars belief.

“In this particular instance, the President says the law should be allowed to take its course.

On Saturday, Global Upfront Newspapers (GUN) had reported that the power altaercation reached a climax on Thursday night when First Lady, her children and security aides went to forcefully confront Tunde following an earlier heated disagreement over his refusal to self-isolate after his trip to Lagos to see his wife, who had just given birth to a boy.

At the House 8 Guest Chalet of the President where Tunde resides with his family, there was an altercation between him and Mrs. Buhari, her children and her security aides that eventually snowballed into a near fatal brawl, with shots fired and the President’s Personal Assistant escaping to avoid bodily harm.

On Friday morning, Inspector-General of Police, Mr. Mohammed Adamu, arrived the Presidential Villa and ordered Mrs. Buhari’s ADC and all the police personnel attached to her who took part in the altercation and shooting arrested and detained.

Meanwhile, on Friday, in series of Tweets, First Lady Aisha urged the Inspector General of Police, to free her Aide-De-Camp and other police aides taken into custody on the orders of the police chief.

The First Lady said in multiple tweets via her verified twitter handle @aishambuhari: “That COVID-19 is real and still very much around in our nation is not in doubt. Consequently, I call on all relevant Government Agencies to enforce the Quarantine Act signed by Mr. President and ensure no one is found violating this law and the NCDC guidelines especially on interstate travel without the necessary exemptions for movement of essentials.

“Anyone who does that should at the very least be made to under go a 14 days mandatory isolation no matter who the person is, no one should be above the law and the Police command will do well to remember that.

“Finally, I call on the IGP to release my assigned Staff who are still in the custody of the Police in order to avoid putting their lives in danger or exposure to Covid-19 while in their custody.”

The Peoples Democratic Party (PDP) had on Saturday said it was alarmed at the shooting and security breaches within the precincts of the Presidential Villa, Abuja, following an alleged degenerated squabble among family members and officials of the Buhari Presidency.

The PDP, in a statement by its National Publicity Secretary, Kola Ologbodiyan, said that “it is deeply worried that the protracted spat between the First Lady, Aisha Buhari, and aides of resident Muhammadu Buhari, describing it as “distressing.”

According to the statement, “the report that members of Mr. President’s family were at scene of the assault against one of President Buhari’s aides, during which the First Lady’s security details were alleged to have resorted to the use of firearms.

“Our party is disturbed by such ugly situation in the Buhari Presidency, which has already heightened apprehensions in the public space over the apparent failure of security architecture and central command system in the presidency leading to such reckless and irresponsible breaches.

“The chaotic situation in the Presidential villa only points to the failure by President Buhari to provide a leadership that can guarantee orderliness in governance and effectively ensure the security of our nation.

“The PDP notes that such leadership failure at the highest level has further exposed why our nation has been bedeviled by myriads of security and economic problems under President Buhari’s watch in the last five years.

“More worrisome is that the Buhari Presidency had failed to speak out on the frightening situation so as to reassure Nigerians and douse the tension in the polity; especially at this critical time when our nation is facing serious security challenges.

“The PDP therefore calls on President Buhari to take immediate steps to restore order in his Presidency and shield our security system from the division and power tussle among persons close to him.

“Our party also demands for an immediate inquest into the security breaches as well as the alleged violation of COVID-19 ban on inter-state travels by officials and relations of Mr. President, which was reported to be part of the immediate causes of latest disturbances in the
Presidential villa.

“Furthermore, the PDP urges the National Assembly to save the nation by wading into the persistent infighting in the Buhari Presidency especially as those in charge of the Presidential villa has not demonstrated the required capacity to engender the needed orderliness
for productive governance.” 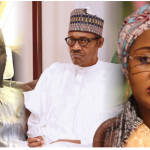 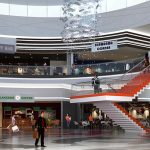