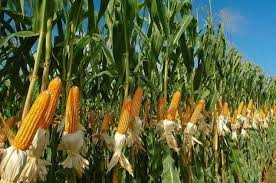 Nigeria’s umbrella association of maize growers, the Maize Association of Nigeria (MAAN) has warned marketers not to take undue advantage of the new government policy banning the importation of maize by inflating the price of the commodity unnecessarily.

The association said that there is no cause to worry as they are capable and would produce enough to meet the maize needs for the country.

The federal government had through a directive by the Central Bank of Nigeria (CBN) stopped the importation of maize into the country in order to spur the local production of the grains.

The CBN had in a letter dated July 13, 2020   with reference number TED/FEM/FPC/GEN/01/004 and addressed to all authorized dealers asked them to discontinue the processing of Forms M meant for the importation of Maize /Corn with immediate effect.

This, it said, would increase local production, stimulate a rapid economic recovery, safeguard rural livelihoods and increase jobs which were lost as a result of the ongoing COVID-19 pandemic.

National President of MAAN, Dr Abubakar Funtua, told journalists in Abuja that the association is grateful to the federal government for the ban, but noted that despite its initial target of producing 25 miliom metric tonnes of maize during this year’s planting season, the expected target will be reduced by 25 to 30 percent due to the COVID-19 pandemic and insecurity.

Dr Funtau stated that members of MAAN currently cultivates 250,000 hectares of land and has been able to secure N16 billion this year from the CBN which it distributed to its farmers in kind in the form of inputs such as the fertilizers, seeds etc.

Speaking on the “immense benefits this ban will bring to maize farmers and other critical stakeholders,” the association leaders stated that “this planting season (2020), the CBN has supported the whole value chain of maize production; from the production of all needed inputs to land preparations to harvesting, aggregation and storage. This year 2020 wet season programme maize production, over 25,000 hectares of land have been cultivated by MAAN members only, with this and other partners, maize production would be doubled.

“To achieve this, the CBN has supported by providing high yielding maize seeds to all our members. With all these great steps taken by the government, the country can now be self- sufficient in maize production in the next few months if we all believe in the capacity of our farmers and put our hands on the plough.

“We have done it before and we can achieve it again as it was done in 2005. Therefore, there is no need for any end user to seek for maize importation.  We are moving more into large dry season farming where we are sure that it will increase the availability of maize grains for all end users.”

Speaking further, Dr Funtua who appealed to States who have comparative advantage in maize production to partner with MAAN by providing large arable lands, added that the total quantity of maize produced last year was  about 20 million tonnes with an average national demand of 18 million tonnes yearly, out of which 60 per cent are consumed by poultry farmers and the rest 40 per cent  to industrial and other usages. 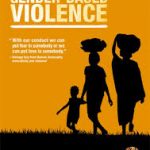 U.S. CDC director self-quarantining after exposure to person at the White House who tested positive for COVID-19