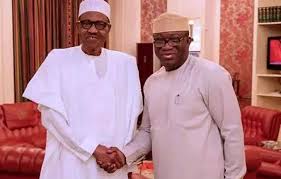 Governors of the 36 States of the country are to send delegation to meet with President Muhammadu Buhari on the security challenges in the country.

The governors who met on Wednesday on the banner of the Nigeria Governors’ Forum (NGF), said the delegation will present the report of the National Economic Council (NEC) ad-hoc committee on Security and Policing, which met on Tuesday, to the president.

NGF Chairman, Governor Kayode Fayemi, in a communiqué after the forum’s meeting, also disclosed that the governors discussed the ongoing negotiation with the Federal Government to grant waiver to state governments on payment of counterpart funds before they could access Universal Basic Education (UBE) funds.

“The forum had adopted the report of the National Economic Council ad-hoc Committee on COVID-19 chaired by the Vice President, which recommended the immediate suspension of the requirement for state governments to provide matching funds to access grants like UBEC,” Fayemi said.

He added that this was due of the impact of COVID-19, which has affected the capacity of state governments to provide counterpart funds required to access various national funds and statutory levies

According to the governor, state governors who were yet to settle with the demands of the National Association of Resident Doctors (NARD) on the suspended strike were told to to engage with the state branches of the NARD to resolve these disputes.

The NARD was demanding for payment of salaries for its members as well as non-domestication and non-implementation of the Medical Residency Training Act, 2017.
Fayemi disclosed that the distribution of food items to vulnerable persons in all the 36 states of the country by the NGF in collaboration with the private sector-led Coalition against COVID-19 (CACOVID) will continue till August 11.

The programme was flagged off on August 4, in Borno, Edo, Enugu and Kano States. The governor said the programme will hold daily in one state in each six geopolitical zones until when concluded in all 36 States of the federation.

“All COVID-19 task forces in the various states will work closely with their palliatives implementation committees to target the most vulnerable population in society for the distribution of the CACOVID palliatives, particularly in local governments that have been identified as epicenters.

“States will also take cognizance of the possibility of a second wave of COVID-19 infection and should start preparing preventive measures,” the communiqué advised.

The governors equally received report on school resumption, reopening of the economy and resumption of international flights, and called for increased testing and sample collection centers in all local government areas in the country.

The sub-committee, which is headed by Delta State governor, Senator Ifeanyi Okowa, called for the disbursement of the Basic Health Care Provision Fund and other health related facilities, as well as the dissemination of guidelines for home care for COVID-19 cases.

It decried the non-availability of reagents in the country due to its high demand globally.
The NGF meeting also deliberated on its collaboration with the Centre for Values in Leadership (CVL), on the planned a webinar on Governance and Insecurity Challenges in the country.

“The webinar will facilitate an interaction between governors and the public to shed more light on some of the strategies deployed to tackle insecurity amidst the battle against COVID-19 in Nigeria,” the communiqué stated. 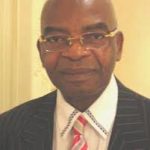 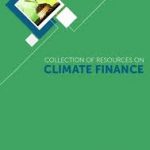