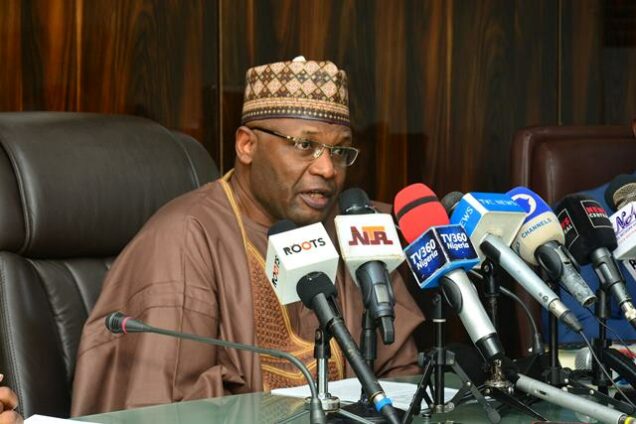 The scandalous use of money to buy votes from delegates in a manner most brazen and unprecedented in the 23-year-old history of unbroken democratic rule in Nigeria is the worst national embarrassment political elites, anywhere, could earn for their country.

Indeed, the shambolic conduct of the recently held primary elections across political parties in all the states of the federation shows how desperate politicians in Nigeria are prepared to destroy democratic principles and set the country on a ruinous path. There can be no greater threat to democracy, especially in a developing country, than allowing money to corruptly decide how winners emerge in an electoral process.

While some aspirants offered car gifts, others allegedly bribed each delegate  with 12,000 dollars.

In Kaduna State, Adam Namadi, son of a former vice president, Namadi Sambo, an architect, who vied for the Peoples’ Democratic Party’s (PDP) ticket for Kaduna North federal constituency into the House of Representatives, was said to have offered N2million to each delegate, with a promise to add another N1.5m to the initial amount given to each delegate if he won.

Another candidate, Shehu ABG, who contested along with Namadi,  was also said to have offered N2.5m to each delegate in cash. Both Namadi and ABG were defeated by a serving lawmaker, Samaila Suleiman, who allegedly bribed each delegate with an amount said to be between N3.5m and N4m.

A delegate from Kaduna State under the PDP, Tanko Rossi Sabo, who donated over N12m from the amount he got from the party’s presidential primary election to the less-privileged in the Sanga Local Government Area of Kaduna said, “I satisfied my conscience and all my people are happy.” He disclosed that he paid N6.9m as WAEC and NECO examination fees for 150 orphans and the underprivileged.

It is most unfortunate that some of the aspirants who lost in the party primaries shamelessly requested for the refund of the bribes they offered to delegates. For example, Namadi asked 30 delegates to refund the N2m he offered to them after losing in the primary election. In a video that went viral, a representative of an aspirant under the PDP in Niger State, Abbas Bello, a lawyer, was seen sitting outside a building after his boss lost in the party’s primaries, collecting back the money enclosed in envelopes, which he had given to delegates to vote for him.

Bello allegedly bribed each delegate in the 11 wards of Bosso Local Government with N300,000 in exchange for their votes.

A serving senator, Ayo Akinyelure of the PDP, who lost in his re-election bid, has reportedly retrieved two of the vehicles he donated to some delegates before the primary election.

Speaking at a book launch in Abuja, titled ‘Political Party Governance,’ authored by Dr Mohammed Wakil, a former Minister of State for Power; former President Goodluck Jonathan described the parties’ primaries as a mess, adding that it was a shame that delegates were being induced for votes.  “I hope that what happened this year, 2022, would not happen again in this country,” he said.

Expressing his fears over this sad development at a one-day colloquium, which had the theme, “Emerging Issues that Will Shape the 2023 General Elections in Nigeria,” the chairman of the Independent Electoral Commission (INEC), Professor Mahmood Yakubu, and his predecessor, Prof Attahiru Jega, faulted the recklessness with which politicians in Nigeria are pursuing their ambitions at the expense of the country’s national values.

Given the impunity with which votes were traded, party primary elections have never been this messy in any account of the country’s political past.

What perhaps appears more worrisome than the financial inducement of delegates by corrupt politicians is the apathy demonstrated by anti-graft agencies, which have blatantly refused to use their eagle eyes to go after politicians bribing delegates, an offence punishable under the Electoral Act, which prohibits inducement in the electoral process.

Besides, allowing elections at any level of the electoral process to become outrageously expensive through the use of money by any means unethical shall be one of the worst under-developments that would happen to any democratic dispensation.

If only the Economic and Financial Crimes Commission (EFCC), for instance, would track all ill-gotten monies from every aspirant who fails to satisfactorily explain his sources of wealth, such funds could, after fulfilling necessary legal procedures, be channelled to rescuing some of the critical sectors of the country’s economy, including education, health and road infrastructure.

Daily Trust on Sunday totally condemns this new but dangerous political trend that puts the country’s image at stake. Besides mortgaging the future of the country, vote buying thwarts the electoral process as it edges out credible candidates who do not have the money to compete with money-bag politicians. A delegate who is supposed to choose and present credible aspirants for Nigerian voters to thereafter decide their choices would have sold his conscience and mortgaged the country’s future when he barters his vote with bribe.

This unethical development, which precludes citizens from having credible candidates from which to elect leaders of their choice, is no less an act of robbery. If anything, it spells doom for the future of the country.

It is shameful that huge sums of money, including that earned through corrupt practices, are being openly deployed by candidates aspiring for elective positions to buy votes from delegates.

While the National Assembly is urged to criminalise vote buying, we call on the anti-corruption agencies to fully rise to the occasion and live up to their mandate on the fight against economic and financial crimes. The INEC should equally strengthen its oversight mechanisms on political parties to avert a recurrence of this scandalous history. It is totally unacceptable and must not happen again. 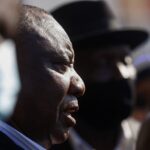 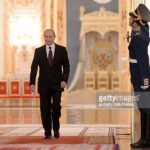