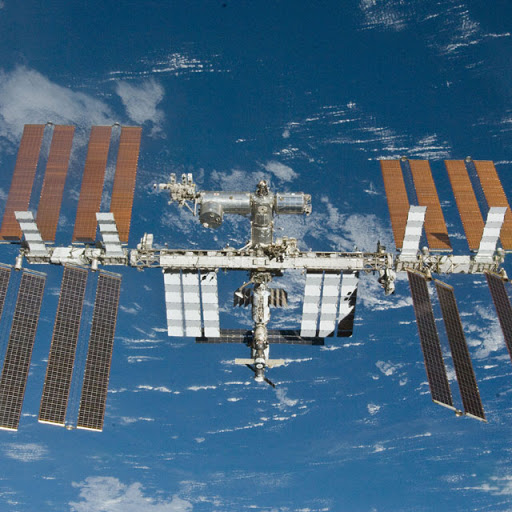 Russia will withdraw from the International Space Station (ISS) project ‘after 2024’ to build its own equivalent, the newly appointed chief of state space agency Roscosmos said Tuesday.

‘I think that by that time we will start putting together a Russian orbital station,’ Roscosmos chief Yury Borisov said at a meeting with Russian President Vladimir Putin, per a report from the Moscow Times, calling the space program the main “priority.”

‘Of course, we will fulfill all our obligations to our partners, but the decision to leave this station after 2024 has been made,’ Borisov added.

Scroll down for video

‘I think that by that time we will start putting together a Russian orbital station,’ Roscosmos chief Yury Borisov said at a meeting with Russian President Vladimir Putin. Pictured above is the International Space Station

Borisov reportedly told Putin that Russia’s space industry is in a ‘difficult’ situation, adding that he would seek ‘to raise the bar, and, first of all, to provide the Russian economy with the necessary space services,’ pointing to navigation, communication and data transmission, among other things.

Roscosmos on Tuesday revealed a model of Russia’s orbital station.

The ISS, launched in 1998 by the Russian and U.S. space agencies, has been a rare area of cooperation between Moscow and Washington amid sharply deteriorating relations in recent years.

Earlier this month, NASA announced it was resuming flights to the ISS with Russia.

Citing an unnamed industry source, Interfax reported that Russia’s new space station would cost $6 billion. Pictured above is the ISS.

Russia’s decision to withdraw from the ISS comes amid its ongoing invasion of Ukraine, which sparked several rounds of unprecedented Western sanctions against Moscow.

In April, former Roscosmos chief Dmitry Rogozin threatened to end cooperation with Western partners on the ISS in retaliation to the sanctions.

‘The restoration of normal relations between the partners at the International Space Station and other projects is possible only with full and unconditional removal of illegal sanctions,’ Rogozin said on Twitter.

Earth as viewed from ISS porthole is seen above

The International Space Station (ISS) is a $100 billion (£80 billion) science and engineering laboratory that orbits 250 miles (400 km) above Earth.

It has been permanently staffed by rotating crews of astronauts and cosmonauts since November 2000.

Crews have come mainly from the US and Russia, but the Japanese space agency JAXA and European space agency ESA have also sent astronauts.

Research conducted aboard the ISS often requires one or more of the unusual conditions present in low Earth orbit, such as low-gravity or oxygen.

The US space agency, NASA, spends about $3 billion (£2.4 billion) a year on the space station program, with the remaining funding coming from international partners, including Europe, Russia and Japan.

So far 244 individuals from 19 countries have visited the station, and among them eight private citizens who spent up to $50 million for their visit.

There is an ongoing debate about the future of the station beyond 2025, when it is thought some of the original structure will reach ‘end of life’.

Russia, a major partner in the station, plans to launch its own orbital platform around then, with Axiom Space, a private firm, planning to send its own modules for purely commercial use to the station at the same time.

NASA, ESA, JAXA and the Canadian Space Agency (CSA) are working together to build a space station in orbit around the moon, and Russia and China are working on a similar project, that would also include a base on the surface. 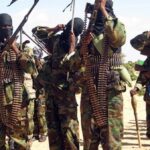 Identities Of Presidential Brigade Of Guards Captain, Lieutenant Gunned Down By Terrorists In Abuja 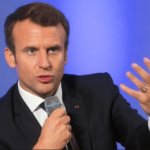 Nigeria: Tambuwal demands declaration of State of Emergency over insecurity, Buhari says terrorists will be smoked out