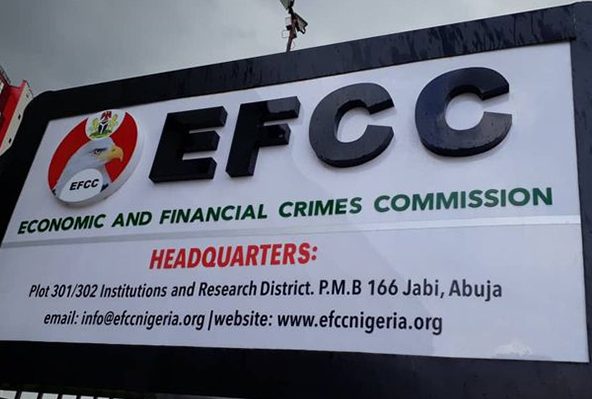 The Ilorin Zonal Command of the Economic and Financial Crimes Commission, EFCC, has secured the conviction and sentencing of  eight convicts: two siblings and six other internet fraudsters.

Six of the convicts: Ayuba,  Abdulkarim, Ojochogwu, Victor,  Muhammed and Musa were convicted by  Justice Muhammed Sani of the Federal High Court, Ilorin while the other two convicts:  Wisdom and Sofiullahi were jailed by Justice Adebayo Yusuf of the Kwara State High Court sitting in Ilorin.

Count one of the charge against Ayuba Bala reads: “That you, Ayuba Bala sometime between the months of January, 2021 to December, 2021 at Lokoja, Kogi State, within the jurisdiction of this Honourable Court did retain the control of the sum of N7,400,770.00 (Seven Million, Four hundred Thousand, Seven Hundred and Seventy Naira) in your bank account number 1453556186 with the name Ayuba Bala domiciled with Access Bank Plc.  which you knew to be proceeds  of criminal conduct and thereby committed an offence contrary to and punishable under Section 17(a) and (b) of the Economic and Financial Crimes Commission Establishment Act, 2004”.

All the defendants  pleaded guilty to their respective charges when they were read to them.

Following their pleas,  prosecution counsels,  Sesan Ola and Andrew Akoja prayed  the Justices to convict and sentence the defendants as charged.

In his judgment, Justice Sani  convicted  and sentenced Ayuba to three years imprisonment on each of  the two count charges preferred against him.  However, he  gave an option of fine of N7,400,770.00 (Seven Million, Four Hundred Thousand, Seven  Hundred and Seventy Naira ) on count one and N300,000 (Three Hundred Thousand Naira)  on count two.

The judge ordered the forfeiture of the convict’s Toyota Camry Car, a draft of (N971, 636.87) Nine Hundred and Seventy-One Thousand, Six Hundred and Thirty Six Naira, Eighty Seven Kobo and a mobile phone to the Federal Government.

His sibling, Abdulkarim Bala was sentenced to three years imprisonment  on each of  the three count charges preferred against him. The court gave him an  option of fine of N300,000( Three Hundred Thousand  Naira) on count one; N385,875.00( Three Hundred and Eighty Five Thousand, Eight Hundred and Seventy Five Naira)  on count two and N616,504.04 ( Six Hundred and Sixteen Thousand,  Five Hundred and Four Naira, Four kobo)  on count three. The convict is to forfeit the phone which he used to commit the crime to the Federal Government.

Ojochogwu  was sentenced to three years imprisonment with an option of fine of N300,000( Three Hundred Thousand Naira)  while the iphone he used to commit the crime was forfeited  to the Federal Government.

Justice Sani equally sentenced Victor to three years  imprisonment with an option of fine of  N400,000 ( Four Hundred Thousand Naira) on the lone count charge  pressed against him.  In addition, the court ordered that the mobile phone, which he used to commit the crime be forfeited to the Federal Government.

Muhammed and Musa were both convicted and sentenced to three years imprisonment each with an option of fine of N300,000( Three Hundred Thousand Naira) each  on the lone count charge preferred against them. The judge also ordered the forfeiture of their phones  to the Federal Government.

In his own judgment, Justice  Yusuf convicted and sentenced Wisdom and Sofiullahi to six months imprisonment each without an option of fine. The judge, in addition,  ordered the forfeiture of the mobile phones they used to commit the  crimes to the Federal Government.

The journey of the eight convicts to the Correctional Centre began when they were arrested at various locations in Kogi,  Anambra and Kwara States by operatives of the Ilorin Zonal Command of the EFCC for internet-related offences.  They were charged to court and convicted. 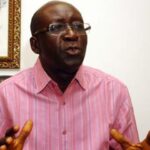 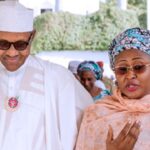