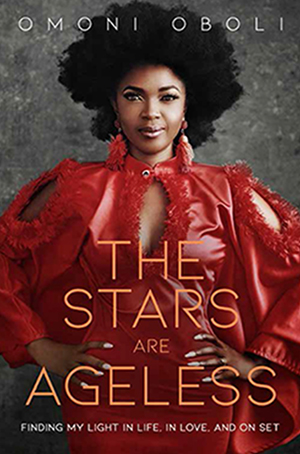 Nigeria is celebrated in the world because Nollywood ranks as the third largest moviemaking enterprise after America’s Hollywood and India’s Bollywood. It’s indeed remarkable that one of the elite movies of Nollywood set the record of being screened in Nigeria’s seat of power in Aso Villa. The film that set the record is Being Mrs. Elliot directed by Omoni Oboli.

The feat achieved by Omoni Oboli is recorded in her memoir The Stars Are Ageless which bears the subtitle “Finding My Light In Life, In Love, And On Set.” The 136-page autobiography was published in 2018 under the Prima imprint by Narrative Landscape Press, Lagos powered by the dynamic duo of Eghosa Imasuen and Anwuli Ojogwu.

The noteworthy aspect of Omoni Oboli’s The Stars Are Ageless is that she does not dwell only with the bright lights but goes back to her humble beginnings, and intervolves all her nerve-wracking challenges in making out a success of her life. She worked extraordinarily hard to earn her exposition under the klieg lights of Aso Villa.

Omoni Oboli begins her story thus: “I was about 18 years old when I appeared in Bitter Encounter, my first movie, in which I played a secretary. This was in 1996 and Nollywood was just taking off. I was determined to be a part of it.”

She was then a student studying French at the University of Benin, and had only come to Lagos on holidays and was exploring what Nollywood had to offer. It was on the set of an Obi Osotule movie that she met the man who eventually became her husband – Nnamdi, a visiting nephew of the movie producer who had just completed his studies in Optometry.

The childhood of Omoni Oboli was traumatic because her father, Matthew, left her mother, Sister Lizzy, to pursue his studies in the University of Calabar. Omoni’s long-suffering mother was left with no choice than taking the little preschool age girl with her to the public school in Benin where she served as a teacher. Though too young to be truly registered in the class, Omoni however took the exams and topped the class!

There were familial disagreements over a 29-year-old Delta Igbo lad proposing to marry a young Urhobo lady which Nnamdi and Omoni had to pull through. Omoni writes: “Nnamdi says while love is blind, marriage is an eye opener. The first month of marriage was filled with constant quarrels.” At one point, Omoni told Nnamdi her husband: “You deceived me. I don’t want again. I’m not doing again. I’m tired. I don’t want to marry again.” Somehow the marriage survived after one early morning frank talk.

The couple had no home and had to stay with Nnamdi’s friend in Yaba. Nnamdi worked in Victoria Island while Omoni did her one-year national service as a sales person at Numero Uno, an Italian furniture company that was less than two minutes from her husband’s workplace. They saved up to move into a three-bedroom flat in Agbado Ijaiye in the outskirts of Lagos. They were always broke and Omoni “started an okrika – also known as bend-down select – business.” It entailed husband and wife leaving Agbado Ijaiye to Yaba as early as 5 a.m. to select the newest and nicest shirts when the bales were opened. They rode in the Peugeot 504 car that Nnamdi’s father had given to him. A mechanic crashed the car in a test drive, and Omoni threatened that she would no longer enter the car and would prefer to commute with public transport. Eventually they bought a BMW3 when the pangs of pregnancy started wracking Omoni.

Omoni proudly states that her “biggest accomplishment is being a mum.” The marriage is blessed with three sons: Tobe, Gozi and Chizi.

The family moved to the UK in January 2003, some five months after the death of her mother on August 30, 2002. Omoni felt she was not actualising herself abroad, and the family returned to Nigeria in 2006. The Nollywood she had embraced in 1996 had somewhat moved on and left her behind.

She got a competitive N500,000 job with Total Nigeria which she astonishingly turned down. The eye glasses her husband collected on credit to sell for profit got stolen. Things were indeed hard.

A personable movie maker, Lancelot Imasuen, who had directed a movie in which Omoni starred as a teenager, encouraged her to get back to acting. She got introduced to the producer Emem Isong, and starred in Kunle Afolayan’s The Figurine in 2009. She broke bold ground starring in Anchor Baby shot in Canada. After doing a short course in digital filmmaking in 2010 at New York Film Academy, Omoni and her husband set up the film production company, Dioni Visions.

Her first project as a film director was the movie Being Mrs. Elliot that got screened in Aso Villa before the august presence of President Goodluck Jonathan. The social media was on fire after the presidential outing because, as Omoni writes: “The angle of one of the pictures made it look as if the president was staring at my breasts.”

As the cineaste of Wives on Strike, she richly deserves her accolade as “Box Office Queen ”. Another film, Okafor’s Law, met with a court injunction from the writer Jude Idada that stopped the premiere of the film, much to Omoni’s grief. Idada had been hired to write the screenplay but he was not forthcoming until Omoni wrote the script by herself. A harassed Omoni was ready to part with seven and a half million naira in settlement after the opposing lawyers had asked for fifteen million naira! Omoni’s lawyer cried foul, and the injunction was lifted and Okafor’s Law did great business.

Omoni had to deal with great loss when her chauffeur-driven father fell off a bridge while going from Asaba to Mosogar in Delta State. Omoni suffers from panic attacks which she spiritedly deals with. She breathes light with her support base of fellow actresses known as “The Fantastic Four”, namely Chioma Chukwuka Akpotha, Uche Jombo, Ufuoma Mcdermott and of course Omoni Oboli. Her remarkable elder sister Onome is a bulwark of strength. The Stars Are Ageless by Omoni Oboli is a blockbuster. 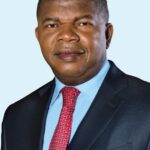 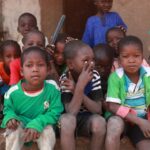