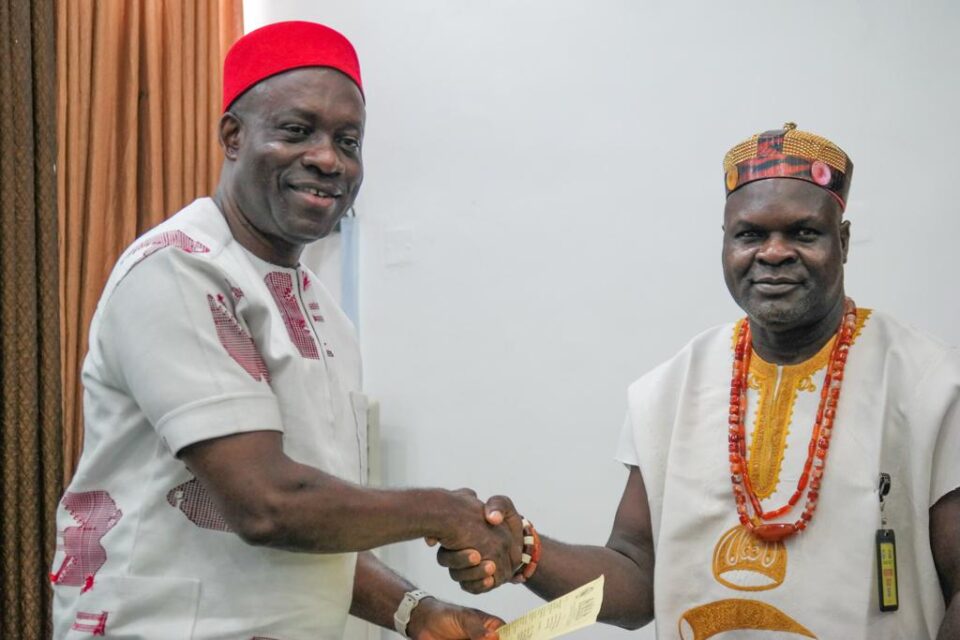 Governor Chukwuma Charles Soludo has again reiterated that the rule of law (law and order) remains the fulcrum of his administration.

The Governor made the remark when he received a team of delegation at the Government Lodge led by the Traditional Ruler of Awka, Obi Dr. Gibson Nwosu (Eze-Uzu Awka).

Addressing the delegation, Governor Soludo stated that, “Anambra State passed a law in 2007. The law has been there for 15 years before I took over power. The Anambra Traditional Ruler’s Act, Section 18, 19 and 20 stipulates that Nobody has the right to say he is king, except he has a certificate of recognition from Government.”

“The law of the land will not be violated no matter my relationship with you, even if it’s a family member. The law is the law! We must build a society regardless of your status where everyone is equal in the eyes of the law”, Soludo said.

“Presenting yourself as King when you are not recognized by the Government is a crime. My job as Governor is to ensure that the laws of the state are obeyed. Security, law and order, are the first fingers of my administration.” Governor further explained.

Continuing, the Governor said: “We are sending this message to many communities. People who desire to be King must go through the process of the law”, Soludo added.

He further noted that, “To whom much is given, much is expected. Awka has a responsibility to be an exemplary city to others. It will take all of us working together to make Awka great but there’s need for peace. Without peace, there will be no progress.”

“We will all pass away one day but what legacy are we going to leave? This is what matters in life! Awka must put it’s house in order! Awka has people and assets.”//anambrapeople.com.ng&dtd=52255

“The money will we use to repair Anambra is largely from private Capital. Awka has self made private individuals that can work together with Government to make Awka great”, Soludo said.

Mr Governor advised the visitors to immitate the Neni Model of development. According to him, “If you claim you are wealthy, how many kilometer of roads have you tarred? Awka has a masterplan and should be at the forefront to enforce physical planning.”

He advised that Awka people alone and their resources can transform the City into whatever they want it to be.

“The job Ndi Anambra employed me to do is to make Anambra a liveable homeland. To be Liveable, there must be law and order but Awka must lead the way”. Governor Soludo concluded.

Eze Uzu Awka in his speech said God Almighty ordained Soludo to be Governor. He maintained Awka is a peace loving community that does legitimate business.

“How can a young man from nowhere rise up and declare himself King? But God has given me a heart of patience because I know that judgement at the appointed time will take it’s rightful place”, Eze Uzu said.

Eze Uzu used the occasion to present a copy of the Traditional Institution of Awka Development Union, the true history of Awka to Soludo.

“Mr Governor, you have come for peace. Solution is your name. We don’t want to fight or cause violence. We believe you will bring peace in Awka. And when Awka has peace, your reign as Governor will be prosperous. We urge you Mr Governor to read and digest the document”, Eze Uzu stressed.

In a separate speech, Prof A.U. Noyelu on behalf of Awka community appreciated Governor Soludo’s action to put a stop to the abominable act of a young man who claims to have connections and portrays himself as Igwe.

“With due respect and honour, Our Igwe is 86 and does not deserve someone else to undermine his position.”

“The Awka people chose Obi Dr. Gibson Nwosu as king but someone felt he could wake up one morning and take over the stool of authority. The rule of law restores normalcy because the Awka people has just one traditional ruler.” Prof Noyelu said 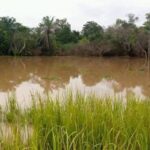 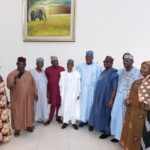