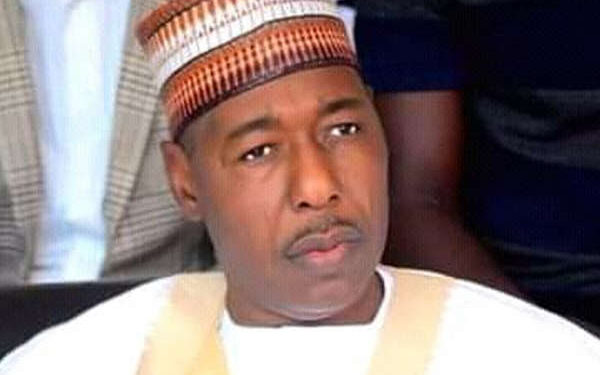 Borno State Governor, Prof. Babagana Zulum, on Thursday said there was massive laying down of weapons,by Boko Haram/Islamic State in West Africa Province (ISWAP) terrorists, signalling that the terrorists’ violence will end under his tenure next year, “God willing.”

Governor Zulum told journalists that he came to Presidential Villa, Abuja to appraise President Muhammadu Buhari of progress in the surrendering of Boko Haram/ISWAP terrorists, adding that over 30,000 former fighters have now surrendered and are in the custody of the authorities.

The Governor further said that the Borno State government does not offer any incentive to the fighters to come out of the forests; rather, they have done so voluntarily.

Zulum disclosed that he discussed the continuing surrender of the insurgents and the case of Internally Displaced Persons (IDPs) with the president even as he said that the security situation in Borno state has improved considerably, hoping that things will continue in that direction.

He reiterated that kinetic measures alone will not end the war and therefore advised that political solution be applied.

Giving insight on the agenda of the meeting with the President, Governor said: “On the ongoing massive defection of Boko Haram members, this time around has also started with a defection of ISWAP members. This is a welcome development and under a closed-door session we discussed a lot of issues and how the government of Borno State as well as the federal government will manage the ongoing surrender by the intelligence. “

On what is the significance of the action, he said, “As I’ve been saying before, the kinetic measures alone will never end the insurgency. The social and political dimension of this crisis is very important. So we have decided to engage them through dialogue and mediation, with a view to ensuring that many of them should lay their arms.

“So far, so good, the objective started yielding positive result. Apart from this also, in the Borno State, for example, as I told you last time, we had problems in the shores of the Lake Chad as well as in Southern Borno, I’m pleased to inform you that there was a very heavy military deployment into the southern Borno.

“And I hope such a deployment will also take place in Northern Borno, with a view to clearing the ISWAP insurgents in the Lake Chad. So, this has also yielded positive results. And then on the relocation of the two local Government Area that last time, I said are not occupied by human beings, we are also doing very well with the military to see how we can return back the population.

“The military have also given us the go ahead. So we’re working with them to see how we can return them. Things are getting better in Borno State and this is the major reason why I came to see Mr president.”

Further asked if he is able to know the number of the terrorist still remaining in the bush, Professor Zulum said, “There are some issues that should not be discussed in the public. These issues are security issues.”

Fielding question on what is the secret behind the surrendering of the terrorists, the governor said, “Well, all these issues, I don’t think it’s good for me to mention it in the public. But the most important thing is that the federal government of Nigeria under the leadership of President Buhari the Borno State Government, the military, we’re all working in close collaboration to ensure that those that are willing to surrender are given the opportunity to surrender.

“The way we are going, with the support of the federal government with good management, Boko Haram will be over very soon.”

Asked whether Boko Haram will be over during his administration, Zulum simply responded, “Insha Allah. Even now in Borno State, we’re doing very well, extremely well.”

When asked on what kind of assistance he wants from the federal government, he said, “Mr President has inaugurated a committee being headed by the Vice President, and my humble self as the vice chairman, to look into the issues of repatriation, resettlement, and reconciliation. The mandate of this committee among others also includes the management of defectors. I think this committee is strong enough to give the desired support to the program. The Federal Government is doing very well.”

On the alleged issues of poverty and illiteracy as the reason for the insurgency in the state, he said, “Where do you think in Nigeria that there is poverty and illiteracy? Yes, I know it’s high up there. So we are containing it. You have seen the massive number of schools that we’ve built in Borno state.

“This morning (Thursday,) the Yobe state government has launched the Education fundraising. And then the Borno State Government has been recruiting a lot of teachers because what matters is not only the construction of classrooms, in terms of human resources, we’re also doing well. So the government at the sub regional level, well, we’re doing good to tackle the issues of lack of education among others.”

When also asked whether he was giving the assurance that the insurgence will effectively come to an end in 2023, he said, “Insha Allah. You know what I mean by Insha Allah, God willing.”

When the governor was asked if there was any form of incentives given to the terrorists that made them to lay down their arms, he said, “We don’t have any promissory notes, to defectors, honestly speaking.

“Go back and google and see the international conventions, rules and regulation. There is a difference between those that have been captured and those that are willingly surrendered. And I’m calling upon all of you to give a very positive insight to this development. 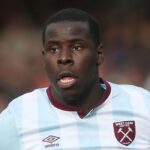