Three-time Wimbledon champion Boris Becker was today jailed for two years and six months for flouting the terms of his bankruptcy by hiding £2.5million worth of assets and loans to avoid paying his debts.

The former world number one tennis player was led to the cells at Southwark Crown Court in London as his girlfriend Lilian De Carvalho Monteiro blew him a kiss, after he was blasted by a judge for showing no remorse.

Becker, 54, was declared bankrupt in June 2017, owing creditors almost £50million over an unpaid loan of more than £3million on his estate in Mallorca, Spain. The BBC pundit transferred around £390,000 from his business account to others, including those of his ex-wife Barbara Becker and estranged wife Sharlely ‘Lilly’ Becker.

Becker – who got a two-year suspended sentence for tax evasion and attempted tax evasion worth £1.4million in Germany in 2002 – was found guilty on April 8 of four Insolvency Act offences between June and October 2017.

Each count carried a maximum sentence of seven years in prison. This afternoon, Judge Deborah Taylor sentenced the six-time Grand Slam champion to 30 months’ imprisonment, of which he will serve at least half.

Referring to Becker’s previous conviction, the judge said this afternoon: ‘You did not heed the warning you were given and the chance you were given by the suspended sentence and that is a significant aggravating factor.’

And she told father-of-four Becker: ‘I take into account what has been described as your “fall from grace”. You have lost your career and reputation and all of your property as a result of your bankruptcy.

‘You have not shown remorse, acceptance of your guilt and have sought to distance yourself from your offending and your bankruptcy. While I accept your humiliation as part of the proceedings, there has been no humility.’

As he was led away, Becker was red-faced and appeared to struggle with his overnight bag. His girlfriend Lilian De Carvalho Monteiro blew him a kiss before he disappeared out of the court to the cells below.

Reacting to the news, Becker’s friend and fellow ex-tennis star Andrew Castle told LBC today: ‘Still reeling from the news this Friday afternoon that Boris Becker – who’s a great mate of mine, I’ve done many Wimbledon finals for him for the BBC, I’ve sat alongside him, I’ve played with him, I’ve practised with him, I’ve been out with him, I’ve been drunk with him, he’s a good man – he’s going to prison for two and a half years. And I’m, look, I’m shocked because it’s close to me. I’m sad that his life has come to this and I hope he’s able to rebuild on the other side.

‘If you don’t pay your creditors, you pay the price. It’s the second time this had happened after what happened in Germany back in 2002. I thought this was a possibility, but I’m surprised and deeply shocked that I won’t be working with him at Wimbledon this year and that he’s going to go to prison. And I feel sorry for Lilian as well.’

And Insolvency Service chief executive Dean Beale added: ‘Boris Becker’s sentence clearly demonstrates that concealing assets in bankruptcy is a serious offence for which we will prosecute and bring offenders to justice.’

Becker had earlier arrived at court with Miss de Carvalho Monteiroa this morning, dressed smartly in a suit and wearing a Wimbledon tie as he walked up the steps and into the building while holding hands with her.

He then entered the dock of the court, while his eldest son came into the courtroom carrying a large Puma-branded bag, which the tennis star had previously been seen carrying outside his home.

The six-time Grand Slam winner now faces losing lucrative contracts with TV networks around the world, including his job as a BBC pundit at Wimbledon.

The tennis star, who lived in Monte Carlo and Switzerland before moving to the UK, had previously told the court he had ‘expensive lifestyle commitments’, including a £22,000-a-month rental house in Wimbledon, South West London.

Becker was declared bankrupt on June 21, 2017 over an unpaid loan of more than £3million on his estate in Mallorca. He had been accused of hiding millions of pounds worth of assets, including two Wimbledon trophies, to avoid paying his debts.

He claimed he had cooperated with trustees tasked with securing his assets, even offering up his wedding ring, and had acted on expert advice.

Today, Rebecca Chalkley, prosecuting, told Southwark Crown Court: ‘Looking at the way the case was put and the route to verdict it is the prosecution submission that the jury rejected his case that he did not act dishonestly and must have found that he did’

She continued: ‘None of the money in count four, the money transferred to third parties, was in sterling £390,000. It is the prosecution case the full amount is recoverable or should be accounted for and not just the 50 per cent that Mr Laidlaw submits.

‘It is correct the jury has found the defendant didn’t know about the prescribed period, or they did conclude that the transfer to the other Boris Becker accounts was not concealments but they did find him guilty on transfer to the third parties which are these payments.

‘The transfer of all of the payments the jury must have concluded that it was deliberate and dishonest.

‘Applying the way the case was put, there is a way to see the jury returned the verdicts they did looking at the difference between the prescribed period and the bankrupt period, the third parties and to the separate Boris Becker accounts.’

She said the house in Leimen that has yet to be sold is worth £1.53million.

Ms Chalkley said: ‘The reason the full amount is listed is that he sought to deprive that amount from the estate and at the moment that has not been returned to the creditors.

‘It will be available yes, but there is a distinction to be drawn from the money lost, and in regards to actual money lost is the £390,000 and what was sought to be lost was the £1.53million.’

Boris Franz Becker was born in Leimen, a town in north-west Germany, in 1967.

He began playing tennis at a young age with fellow tennis star and future world Number 1 Steffi Graf. Both of the pair are credited with making tennis a popular sport in the country.

Becker became a part of the German Tennis Federation in 1978 and turned pro in 1984.

A year later he won Wimbledon at the age of 17 after beating Kevin Curren and became a crowd favourite, affectionately nicknamed Boom Boom for his powerful ground strokes.

Becker was ranked world number one in 1991 following his first Australian Open win.

The tennis star announced his retirement following a straight sets quarter final defeat against Pat Rafter in 1999. He went on to become a coach and became head coach for current world number 1 Novak Djokovic for three years from 2013.

During his 16-year professional tennis career, Becker was a six-time Grand Slam champion and collected 49 singles titles out of 77 finals.

In December 2000 the couple announced they were separating. A year later, Becker was forced to concede that he was the father of Russian model Angela Ermakova’s daughter Anna following a High Court battle.

Seven years later, he announced he was engaged to Dutch model Sharlely ‘Lilly’ Kerssenberg. She gave birth in 2010 to a son, Amadeus. They announced their separation in 2018.

Becker, who has lived in the UK since 2012, continued to make headlines with reports of financial trouble after he was declared bankrupt in 2017.

Earlier this month he was convicted of flouting the terms of the bankruptcy.

Becker was found guilty of transferring hundreds of thousands of pounds from his business account and failing to declare a property in his home town of Leimen, Germany.

The Insolvency Service has confirmed Becker is still an undischarged bankrupt and will stay that way until October 2031.

The court was also told today that Becker has ‘fallen from grace’ and ‘will have to rely on the charity of others to survive’.

He has suffered ‘public humiliation’ and has ‘no future’ following his conviction for hiding assets from the Insolvency Service, his barrister said.

He added that his actions were a tragedy, destroying a ‘glittering’ career and has left him with ‘literally nothing’.

Mitigating today, Jonathan Laidlaw QC, said: ‘I submit, and I hope this is not an exaggeration, Boris Becker has literally nothing and there is nothing to show for what was the most glittering of sporting careers.

‘That is nothing short of a tragedy. His fall is not simply a fall from grace but amounts to the most public of humiliations for this man.

‘His degree of suffering is punishment at a level that no other bankrupt in this country is likely to experience. So in terms of the defendant’s future, in reality there is not one.

‘These proceedings have destroyed his career, removed any future prospect of him earning any income and his brand is in tatters. He won’t be able to find work and will have to rely on the charity of others if he is to survive.’

Earlier the court heard he was in ‘desperate financial straits’ and chose who to give money to rather than the trustees in charge of his bankruptcy.

His lawyer has said that he transferred money to ‘settle debts’ and ‘meet his obligations’ to his ex-wife and estranged wife.

He also said Becker now has ‘nothing’ and ‘nothing to show for what was the most glittering of sporting careers’.

Mr Laidlaw QC said: ‘He was in desperate financial straits and what in essence he has done and this is the basis of his culpability.

‘He has exercised his own choice to which creditors to pay choosing or preferring to pay monies to dependents allowing than allowing the trustees to choose how that money can be applied.

‘That is a criminal offence, but…this is a very different basis for sentence than has been contended before.’

He added: ‘Would those payments out to others necessarily been disallowed by the trustee in bankruptcy?

‘Against this background plainly the defendant had to continue to support his ex-wife and that would have been consistent with the orders of the court.

‘He was estranged from his then-wife and furthermore with the consent of the joint trustees he had been allowed to continue to work. Almost all of the money falls into those categories.

‘I accept the point you make, and hope the court would also accept, that it is preference the defendant is exercising which is plainly not something he should have done but those payments may have been approved by the trustee in bankruptcy.

‘We’re not concerned about the money being spent on a lavish lifestyle or gambling or something like that.’

Mr Laidlaw also invited the judge to reject that Becker got a mortgage on a house in order to stop creditors from seizing it.

He said: ‘I invite you to reject in round terms the loan, the mortgage, was sought with bankruptcy in mind. That is a submission that must fail.

‘The evidence was the loan was granted on 27 March. That was a month before the petition was presented and two months before he was served with the petition on 28 May. It couldn’t have been a device that the prosecution is suggesting.’ 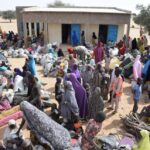 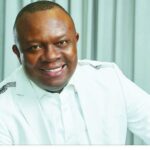