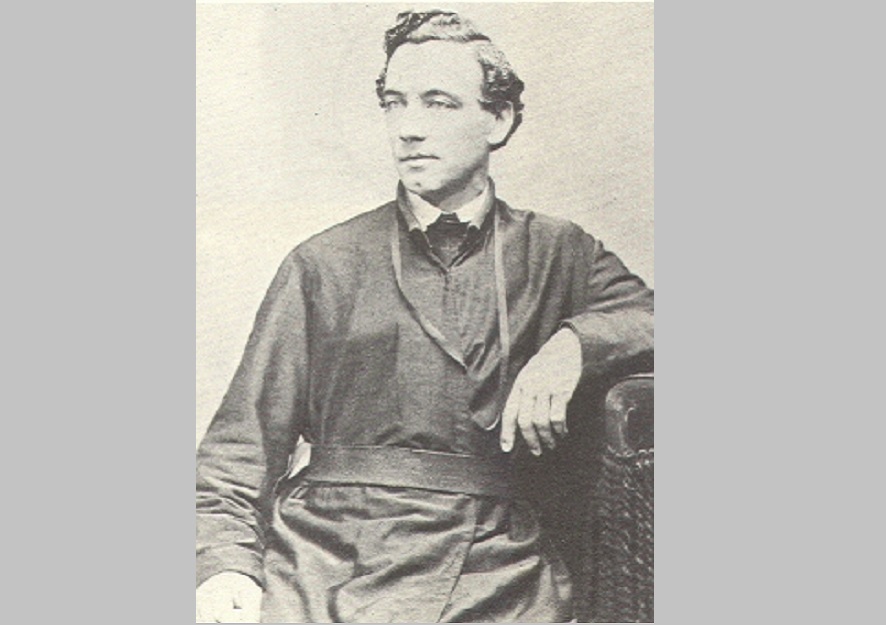 More than a century ago, in 1838, Georgetown University was having a lot of debt. Its president at the time, Reverend Thomas F. Mulledy, sold 272 Black men, women and children to Louisiana plantations to help deal with the Jesuit school’s finances. He did this with backing from the Maryland Jesuits. (Jesuits are members of an apostolic Roman Catholic community known as the Society of Jesus).

Thirty-five years after Mulledy had saved Georgetown University by selling human property or slaves, a man, who was also enslaved, would be the school’s president. Reverend Patrick Francis Healy was the first to become president of a major university in the United States. The Jesuits were aware of his background as being born Black but they helped him pass as White to lead the university. In fact, many thought that Healy was White because of his light skin, but he was actually of mixed-race ancestry.

One of nine children, he was born into slavery in 1834 in Macon, Georgia, to an Irish-American plantation owner Michael Healy and his biracial slave Eliza Clark. Since he was born to an enslaved mother and there was a rule that children took the legal status of the mother, Healy was also considered a slave. His parents were in a common marriage since Georgia forbade all unions between enslaved or free, or Whites and Blacks.

And since the education of slaves was prohibited in southern states, Healy’s father decided to send his children north, where they were educated and accessed a number of opportunities. Healy and his brothers were sent to the College of the Holy Cross in Worcester, Massachusetts in 1844 where their African ancestry was clearly seen but ignored. In 1850, Healy joined the Jesuit order, becoming the first African American to do so. At the time, most of his brothers had presented themselves to the world as White.

“In the north, the Healys were not in any apparent danger of kidnapping and return to slavery. For one, people who knew nothing of their ancestry would not likely prey on them, precisely because they appeared white,” Smithsonian Magazine writes. What’s more, Healy and his siblings were not fugitive slaves as their father, who was their owner, had let them go to live their lives. Healy hardly visited his parents in Georgia as the law there did not allow his father to emancipate him and his siblings, making them still slaves.

In 1850, Healy’s parents died. His father’s will stated that his sons should live as free persons in New York under a guardian. This gave Healy and his siblings the right to inherit their father’s estate. They inherited among other things 49 enslaved persons, whom they later sold. By 1858, Healy had gone to Europe as his mixed-race background continued to cause trouble in some parts of America. He studied in Belgium at the Catholic University of Leuven, where he became the first priest of African descent to earn a doctorate in 1865.

In 1866, he left for the United States, becoming a philosophy professor at Georgetown University in Washington D.C., not too long after the Civil War. He soon became dean. All the while, the Georgetown Jesuits knew about his background but did not disclose it to the school’s southern body. And when his name came up for the role of the college president, his ancestry problem was raised many times but the Jesuits, concluding that he was the most qualified, gave him the job, as reported by Smithsonian Magazine.

Thus, in 1874, Healy became the first African American to be elected the president of the university. He transformed the small 19th-century college into a world class university during his tenure from 1874 to 1883, causing him to be referred to as the “second founder”. He did not only modernize the curriculum but also extended the schools of law and medicine. Healy also raised funds for the university and most importantly, he oversaw the construction of one of the major campus buildings first used in 1881 before it was later named in his honor as Healy Hall.

Healy left the University in 1882 and travelled the world with his brother James Healy who was also a priest. In 1908, Healy returned to the Georgetown campus infirmary where he died on January 10, 1910, and was buried in the University’s Jesuit cemetery.

Although it was known that he was born of a Black or biracial woman and that his father was a slaveholder, Healy opted to identify himself as Irish. Had he disclosed his Black identity to everyone, the Church that threw its weight behind him at Georgetown would have left him and he certainly wouldn’t have led the University. 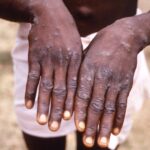 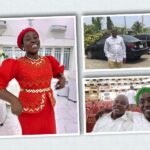