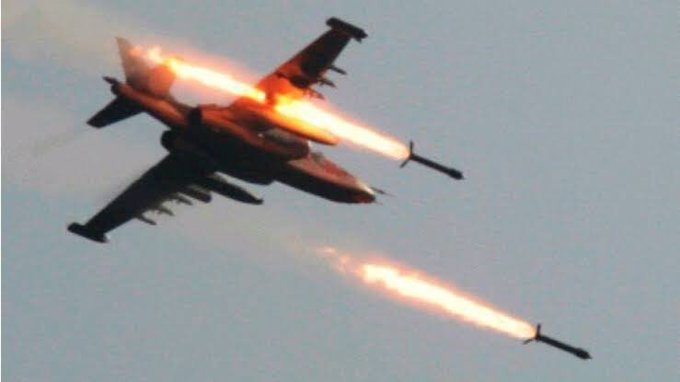 The airstrikes, which sources “confirmed to be successful,” became necessary sequel to credible intelligence from reliable sources on heightened terrorists’ activities in the general area.

Follow up air interdiction missions were carried out against terrorists and enclaves in Tsofa and Riyawa in Igabi and Birnin Gwari LGA in Kaduna State.

According to a source, “the strikes were authourized on 1 December 2022. After the successful strikes, it can now be confirmed that 7 key terrorists’ kingpins including Jibrin Gurgu, Isah Jauro and Tambuwal from Zamfara State. Other kingpins eliminated are Noti, Bala, Yunusa and Burti who was a well-known associate of another sought-after terrorist, Haladu Buharin Yadi.

“Follow up air interdiction missions were carried out against terrorists and enclaves in Tsofa and Riyawa in Igabi and Birnin Gwari LGA in Kaduna State. Feedback received also revealed that terrorists suffered heavy casualties from the ‘hell’ rained on them.

“These air strikes have since been corroborated by the Kaduna State Commissioner of Internal Security, Sam Aruwan, when in a press release on 2 December 2022 he stated that military air strikes identified and dislodged 8 terrorists camp while freeing10 kidnapped victims in the process.”

NAF Spokesperson, Air Commodore Edward Gabkwet, who confirmed the airstrikes, also thanked Nigerians for the support to the NAF and the other security agencies which has been instrumental to the successes recorded so far.

Air Commodore Gabkwet also reassured that the NAF under Air Marshal Oladayo Amao will continue to provide all the air components in the various theatres the needed platforms and arsenals to enable them to curtail the enemy’s freedom of movement alongside other security agencies while bringing them to their knees.

According to him: “The return of Internally Displaced Persons to their ancestral homes and the surrendering of over 10,000 terrorists and members of their families especially in the last 3 months in Borno State as well as the ability of Nigerians to freely travel on the Kaduna-Abuja Road and other hitherto dangerous routes are some of the signs that the efforts of the security agencies are indeed yielding some positive outcomes.

“That notwithstanding, the NAF and other agencies are not carried away by these successes but will continue to fudge ahead until the end state set by higher authority is achieved.” 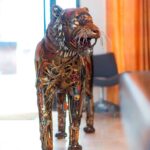 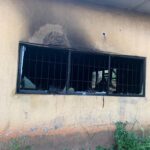 IPOB Accuse Police Of Blackmail, Says We Have No hand In Attacks On INEC Facilities In Imo State

Global Upfront8 mins ago8 mins ago
31
Jan
2 hours ago